The Covington TN Wireless Store and the Work Center are 100% organized. These are a few photos from an appreciation cook out we held on December 1, 2017. Thanks to Bob Garner and Kevin Hamilton for all their hard work to achieve this honor. Covington, TN is 100% CWA STRONG!!! Local 3804 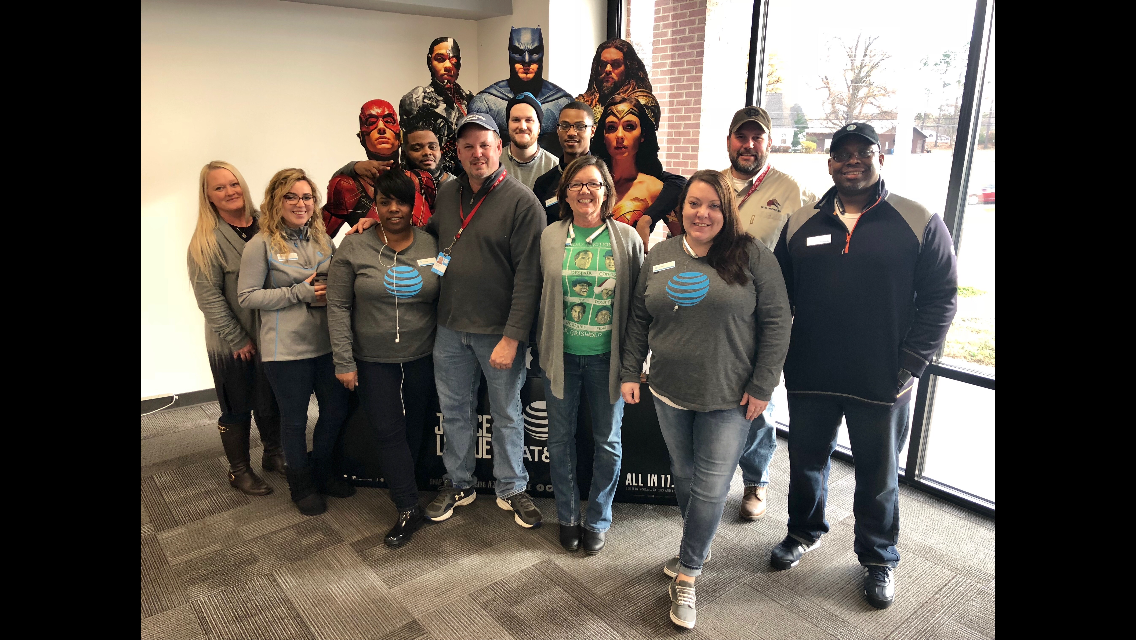 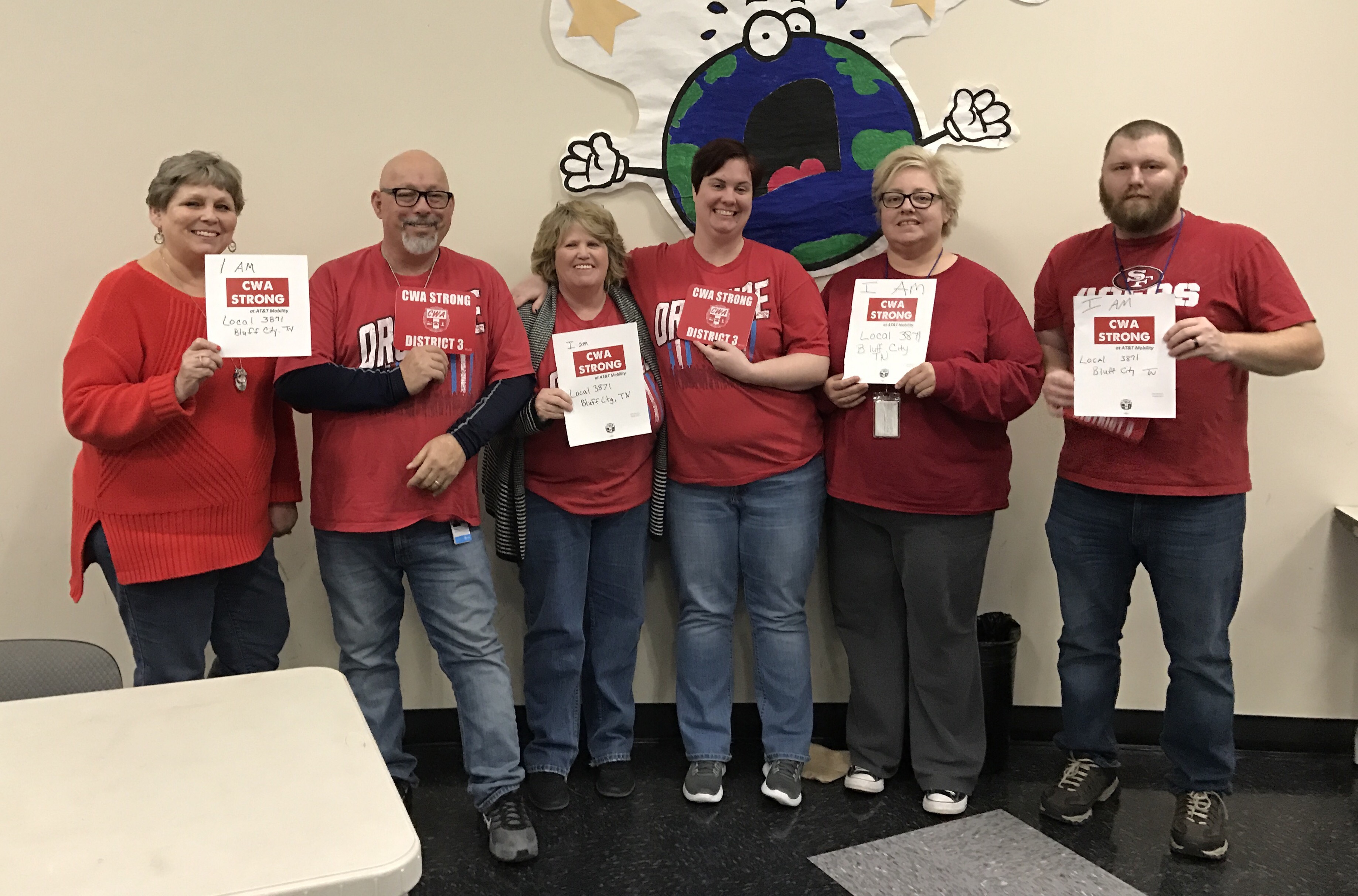 On Friday January 12 Mustafa Hassan arrived in Houston Tx to attend the 2018 AFL/CIO Civil and Human rights convention. Immediately after registration there was a briefing on movement building which outlined many of the tools and resources necessary to orchestrate a movement. That was followed up by several workshop sessions such as the Flint Water Crisis Infrastructure, Politics and Public Safety. Also Protecting All Workers: The Economic Truth Beyond the Fight for Immigration Reform just to name a few. "Does your Organization Look Like Your Membership?" is the workshop Mustafa attended. It briefly talked about if all members within your organization were proportionally represented. The nightcap on Friday was TX Congresswoman Shelia Jackson-Lee. She gave an empowering speech on the important roles that unions play in politics. Saturday was by far the best day in his opinion. Rev. Barber spoke on an array of topics from the history of Civil Rights and Martin Luther King Jr to our current political landscape. Mustafa said he received several standing ovations. Everyone then boarded buses to different community service locations throughout the city. Mustafa served at a church to help feed the needy. Mustafa and others from the convention rearranged supplies and helped load vehicles that delivered goods to their destinations. There were several other unions on hand that helped, namely USW. Congressman Al Green of Tx was at Mustafa's site so there was a lot of media there.  Sunday morning there was a worship service followed by more workshops. Mustafa attended Organizing People Power & Change. The instructor was CWA's own Derrick Osobase. In that workshop Mustafa said it was interesting to see what challenges other unions face in relation to our own. He said it was a healthy discussion back and forth between several members on our different perspectives. Claude Cummings, the District 6 VP, also chimed in. Monday, our final day, ended with a MLK Jr Day parade in which all the unions marched in unity. There were over 1000 attendees, which they were told was the largest in the history of the conference. Mustafa said it was an awesome experience. He was very grateful to have experienced it. He plans to help implement what skills and knowledge he gained from the conference at the local and district level. 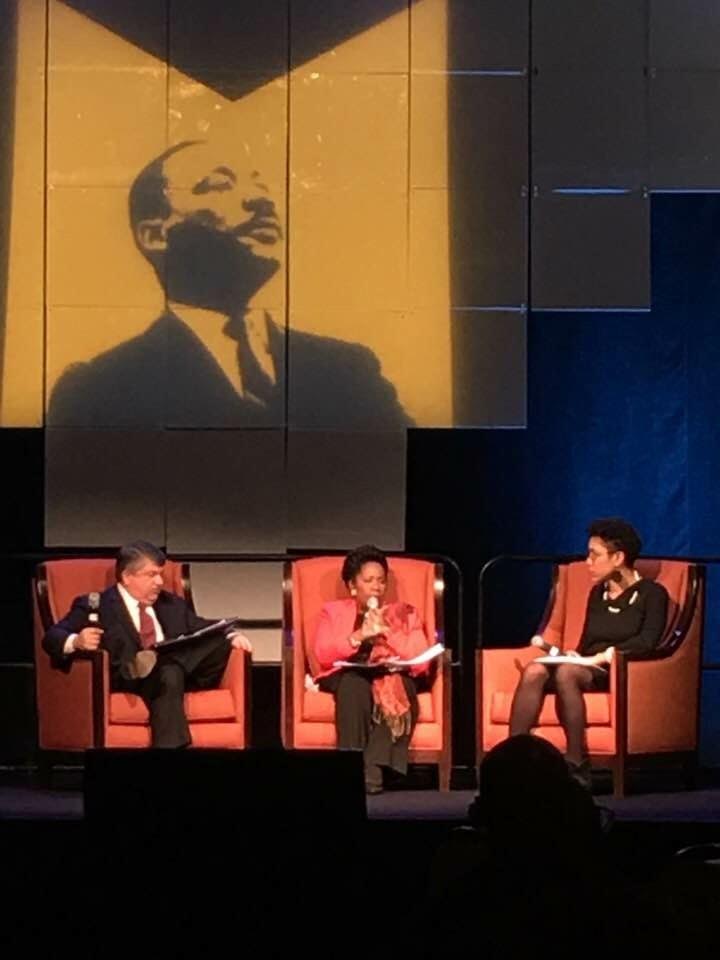 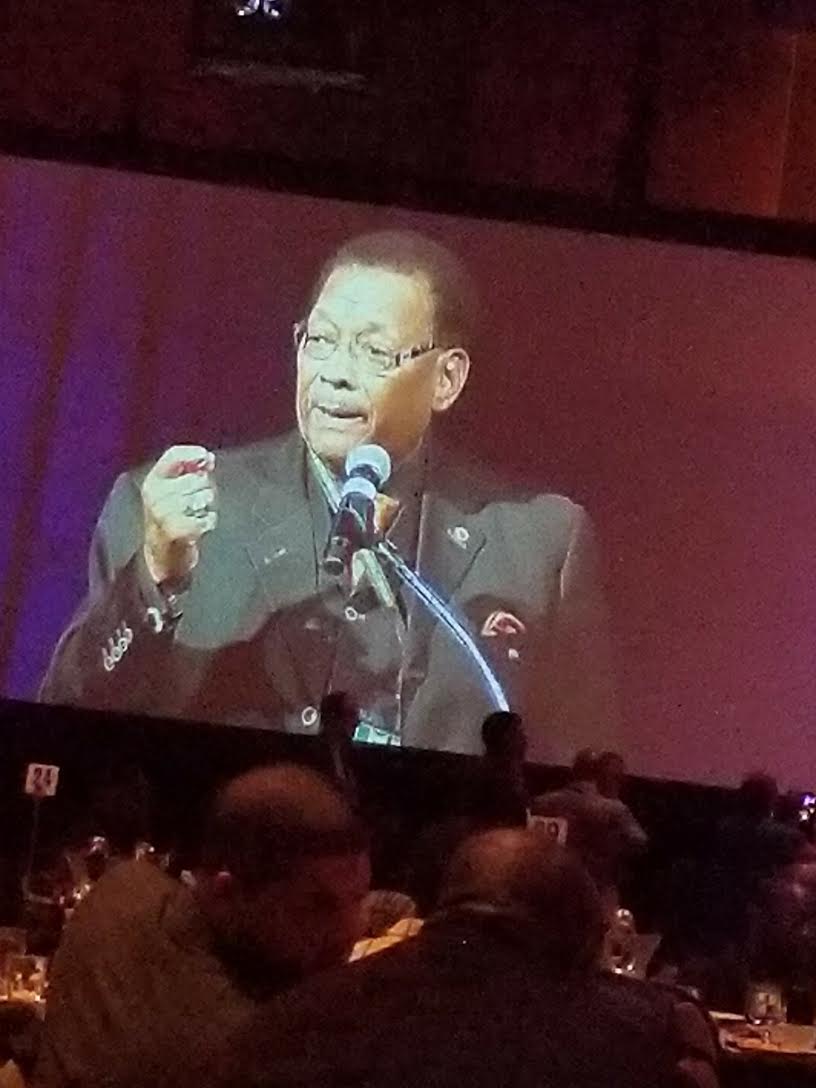 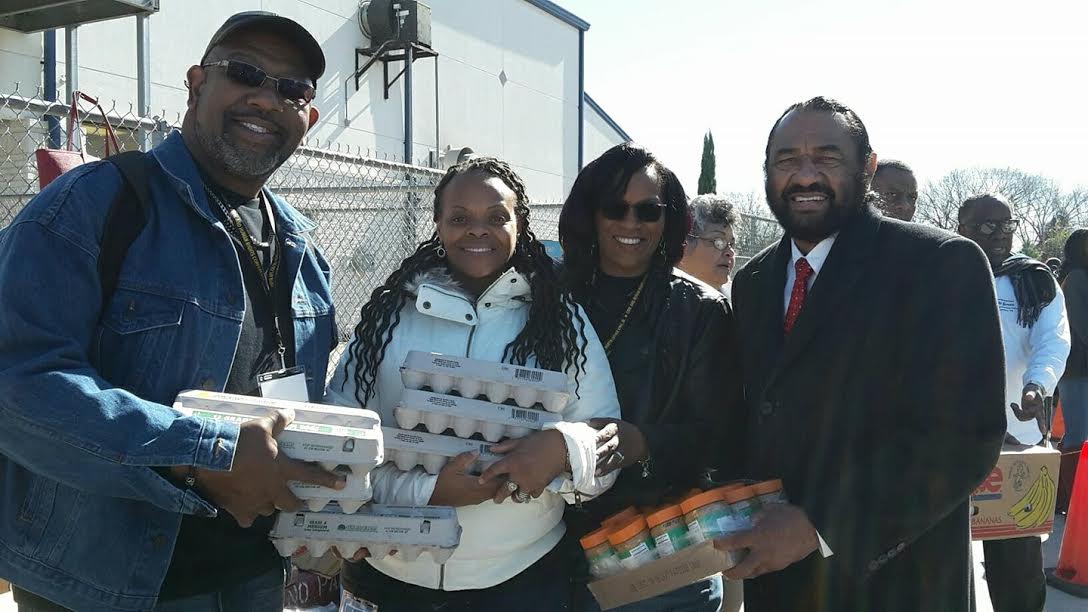 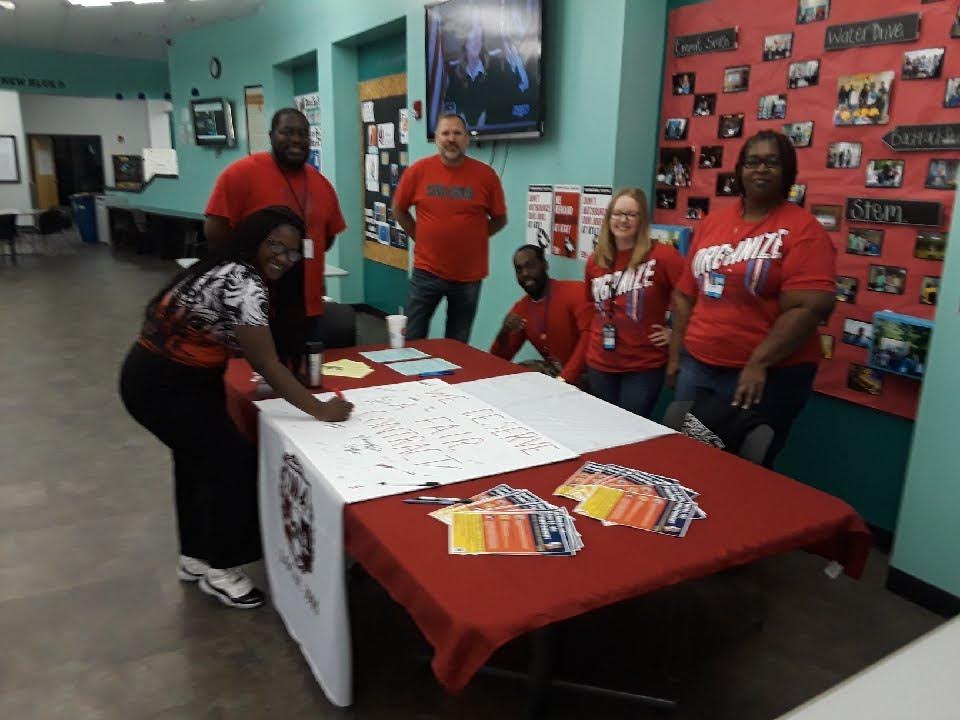 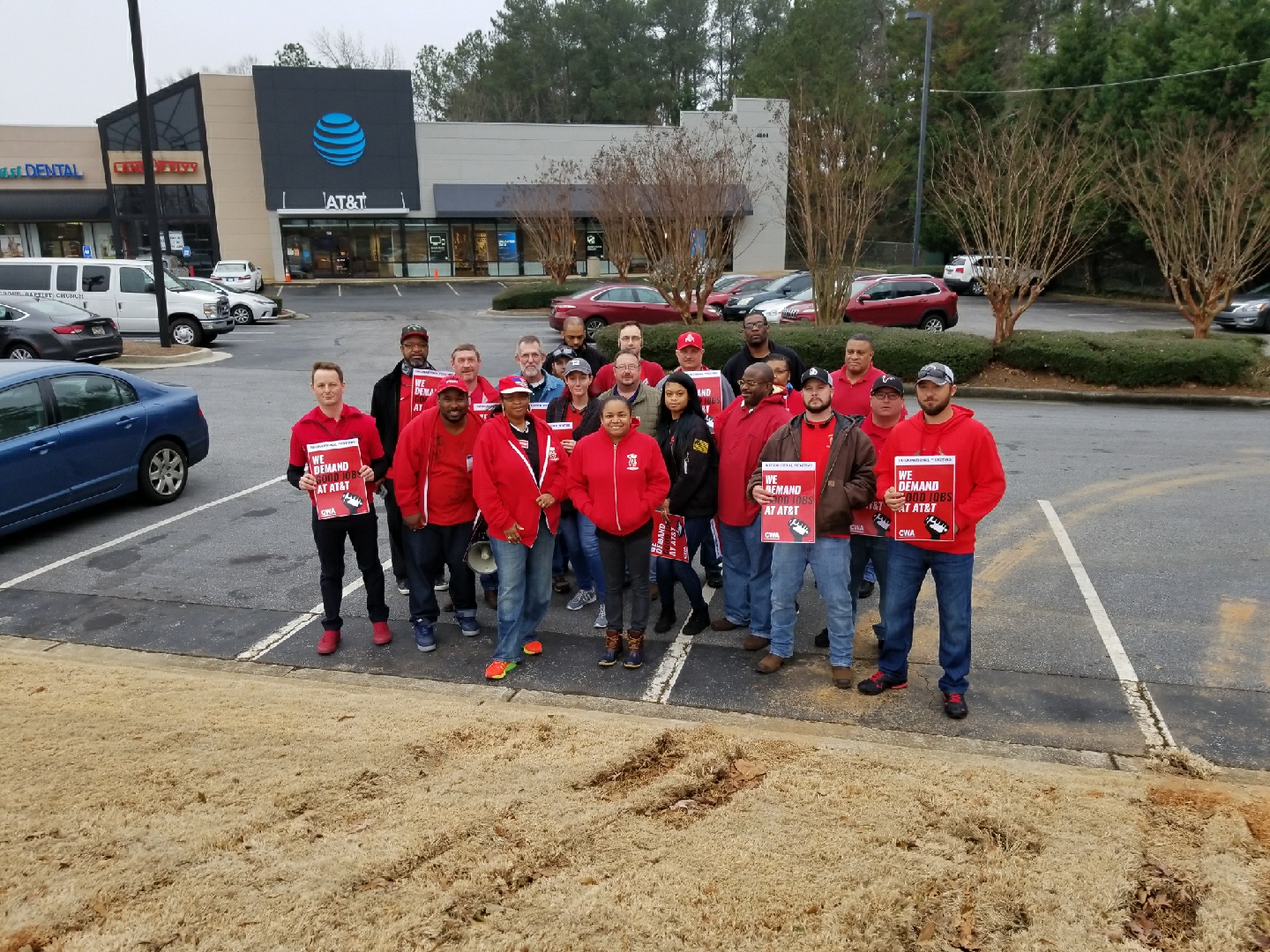 Locals from all over the state helping out on Briarcliff Road 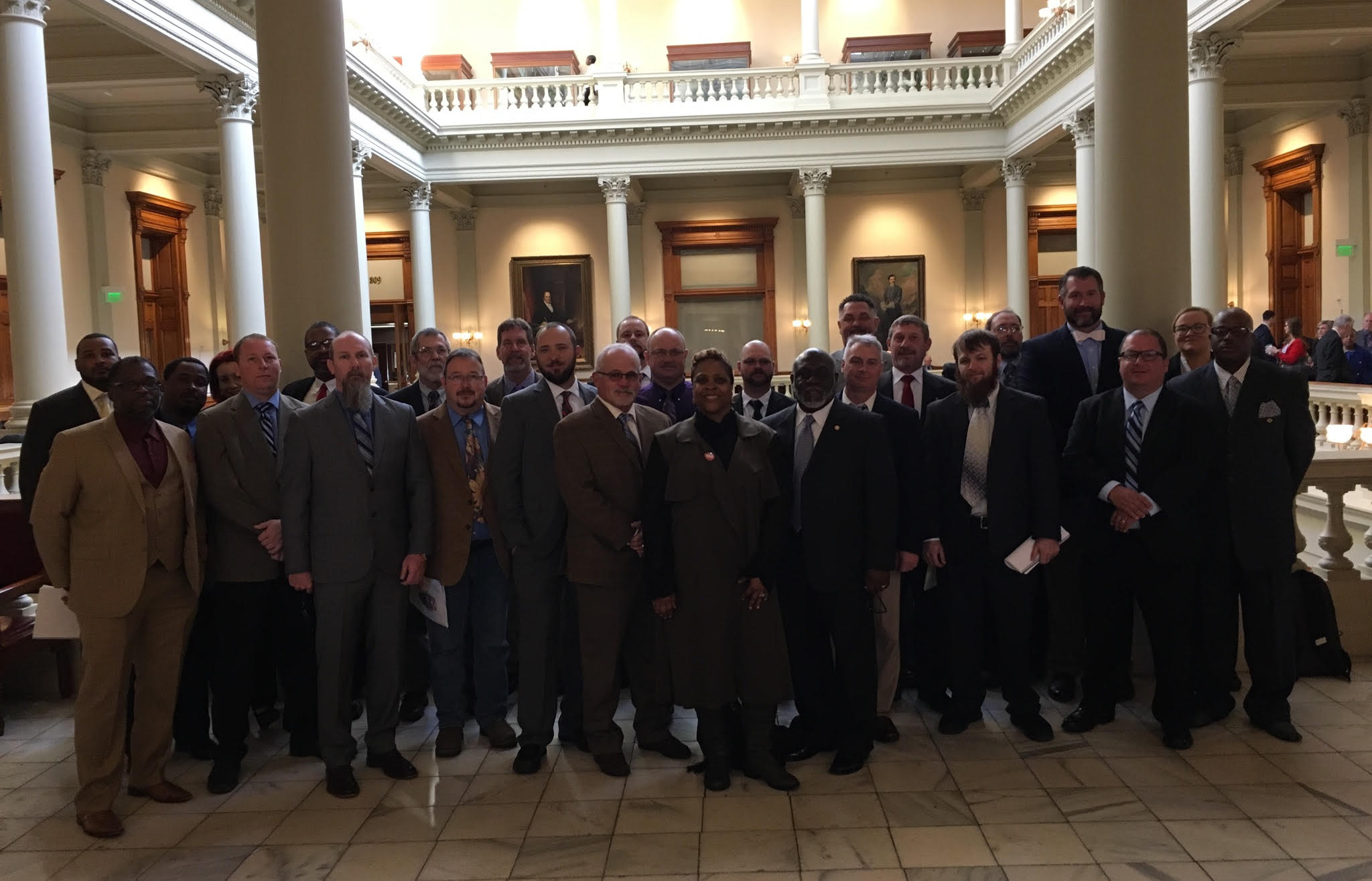 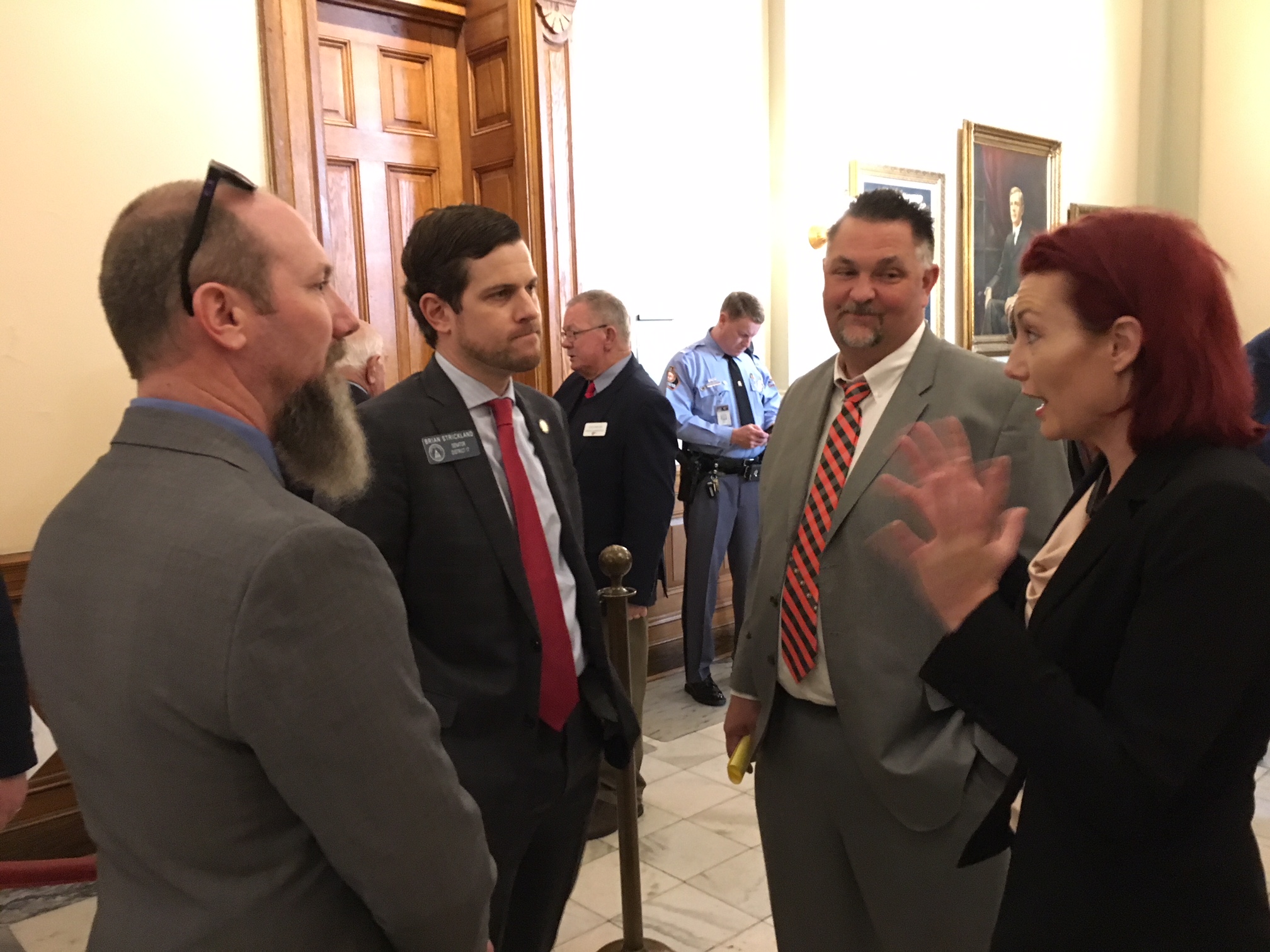 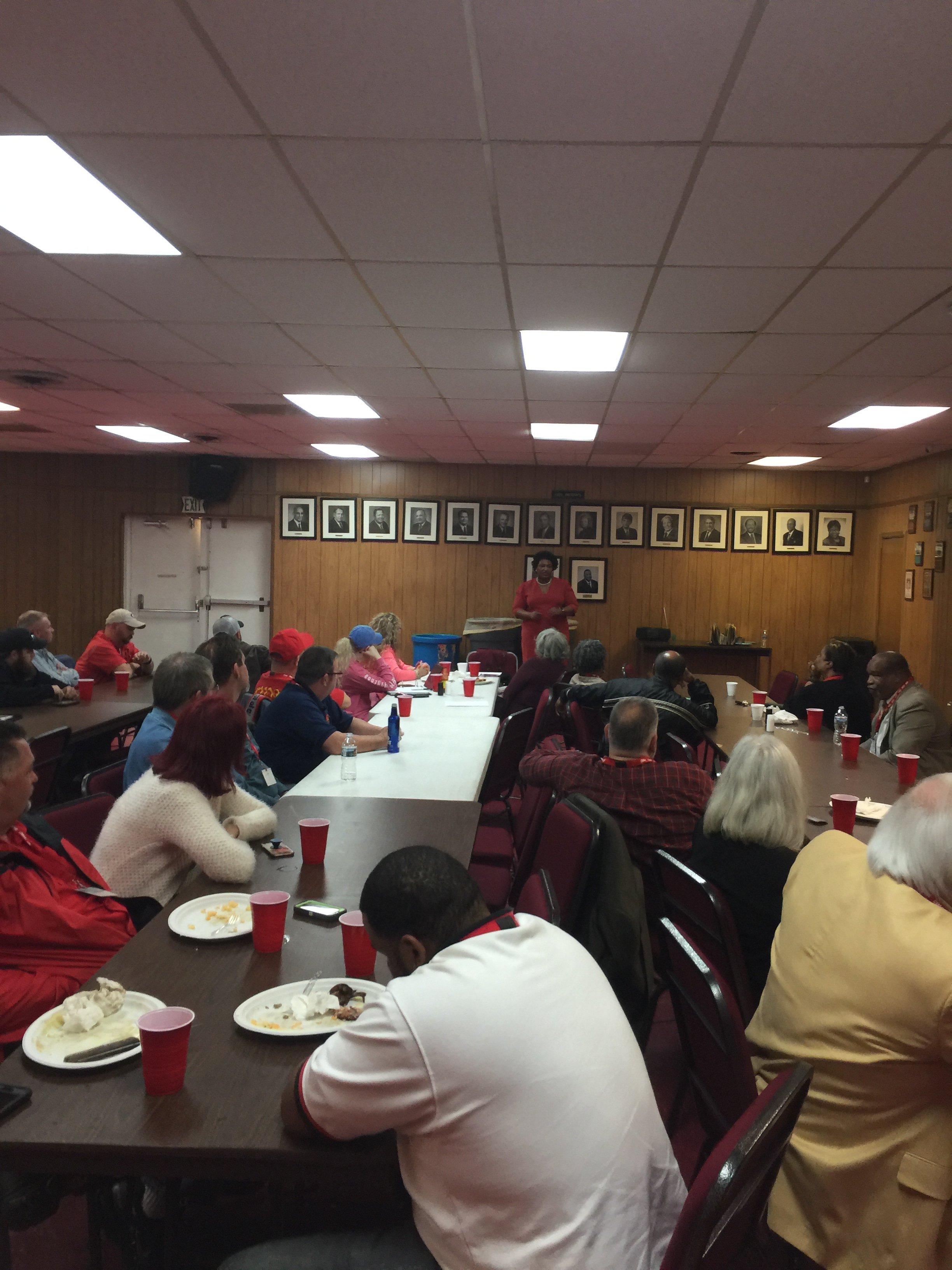 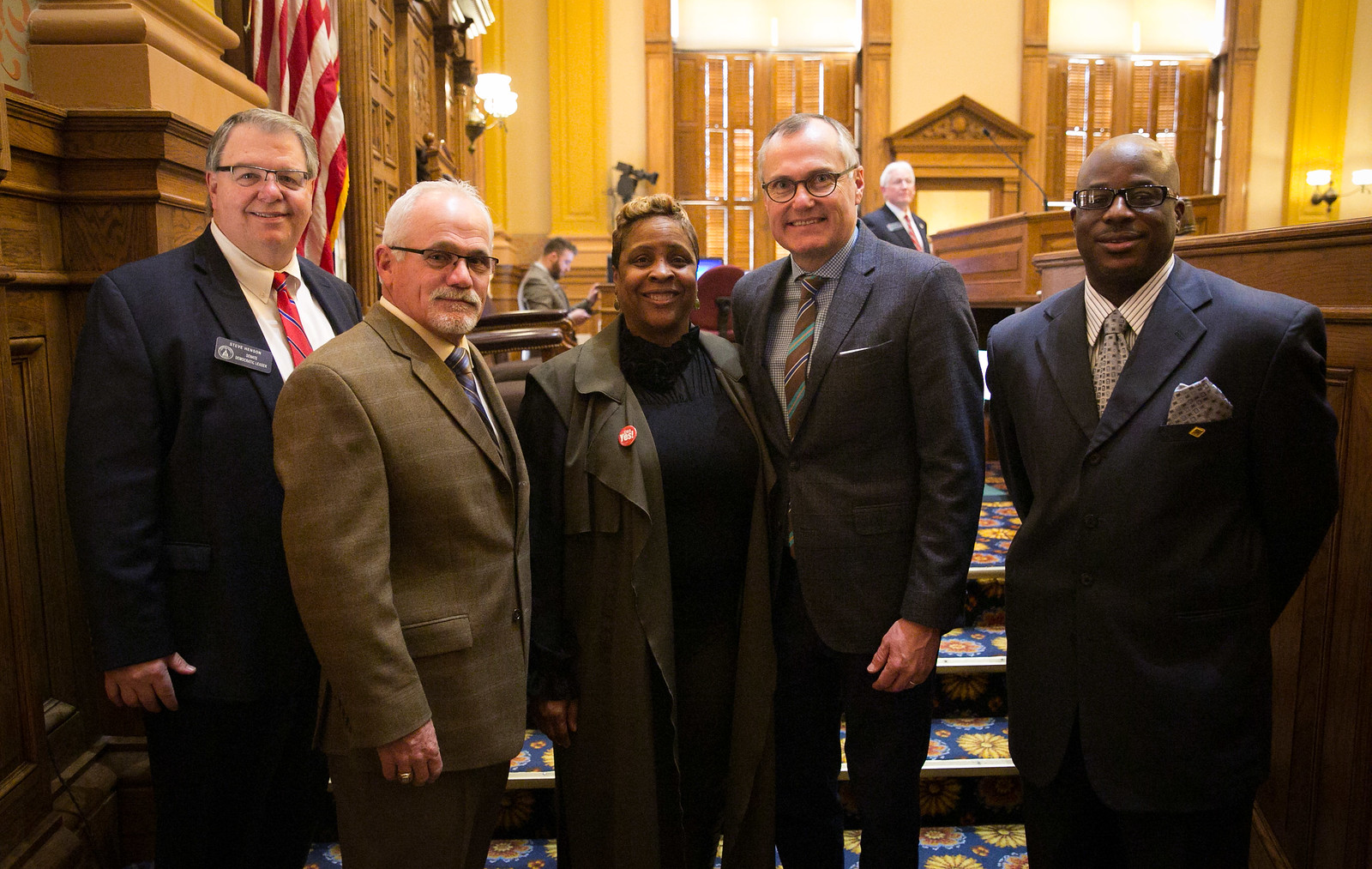 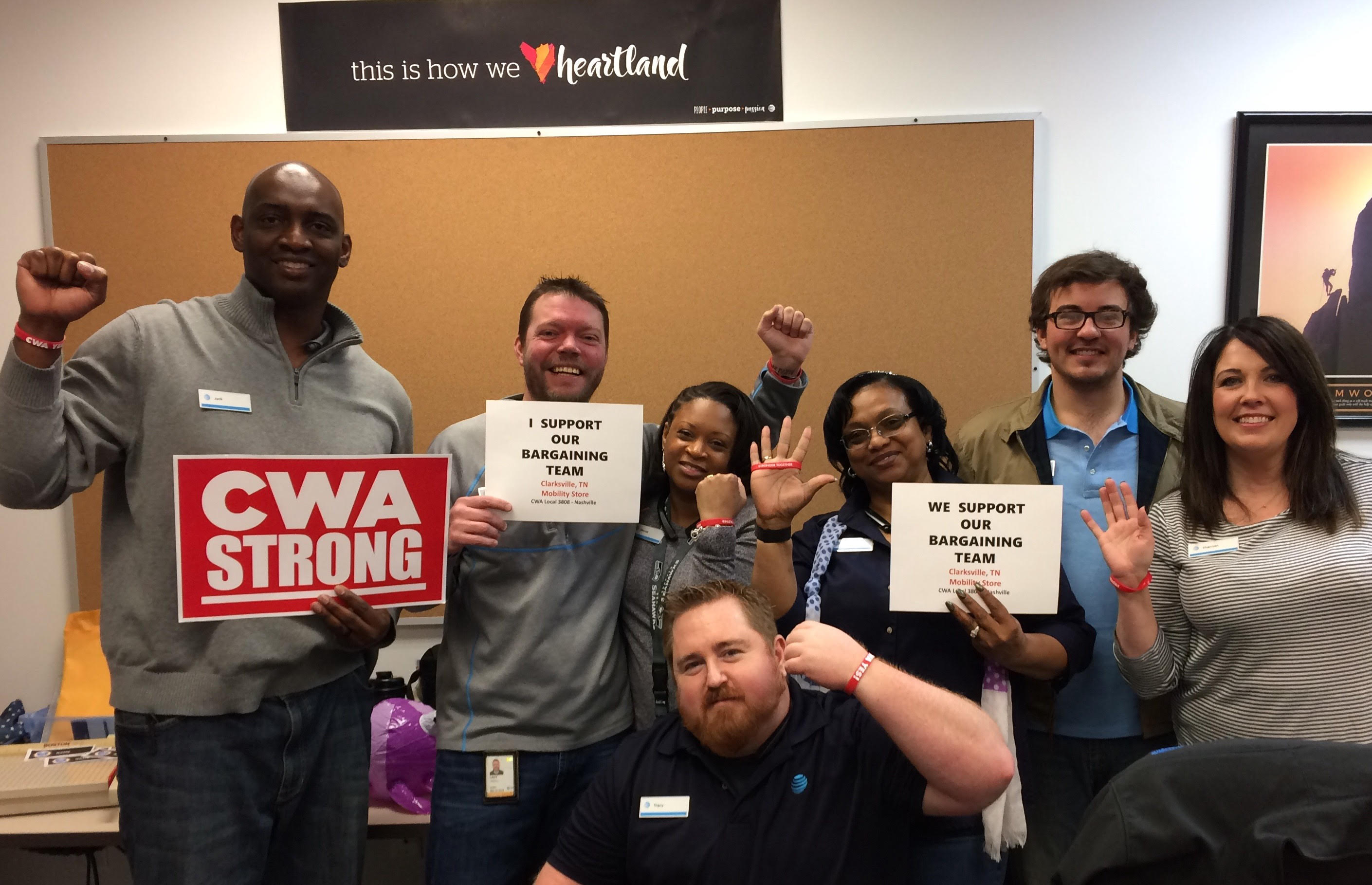 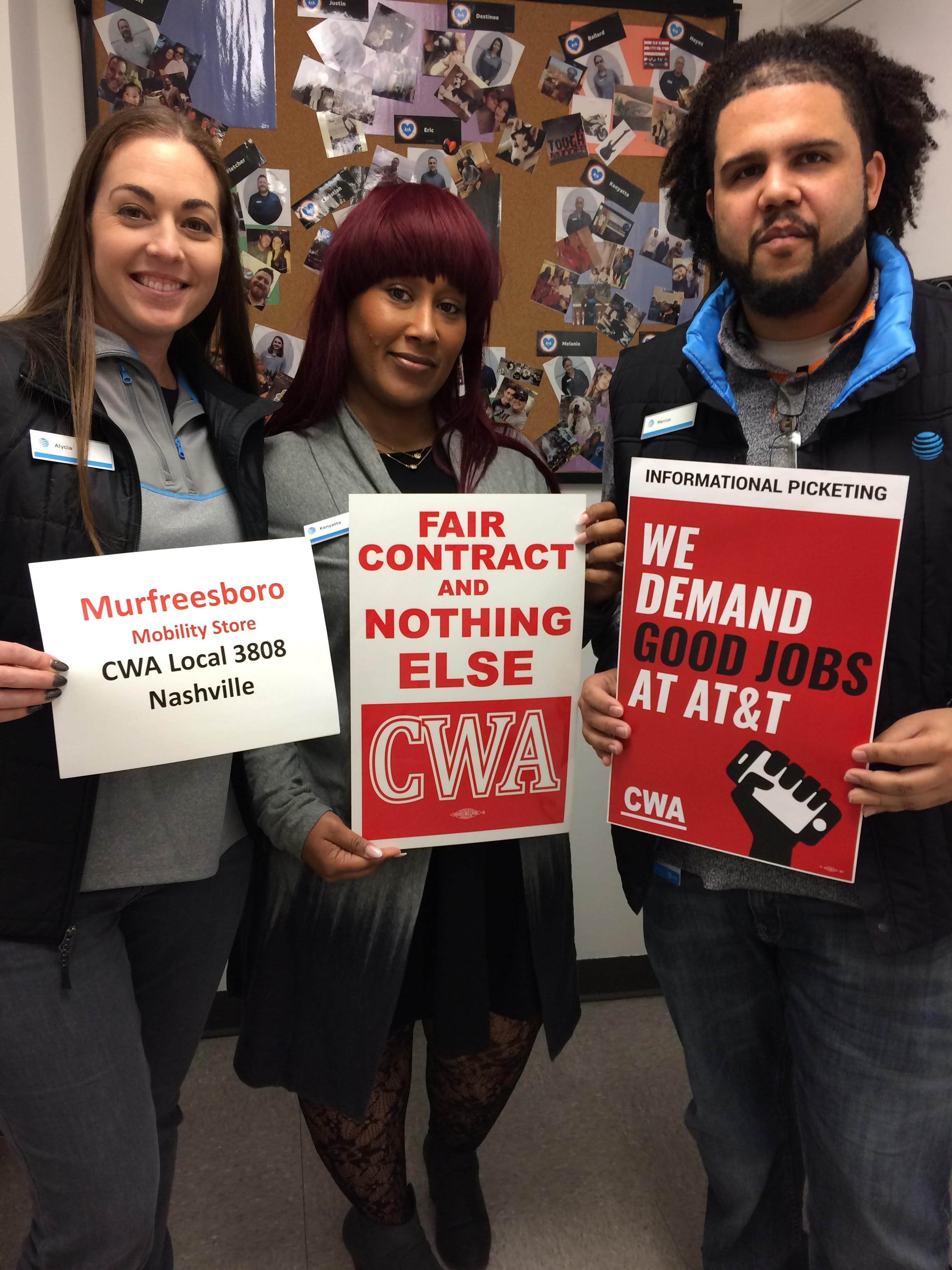 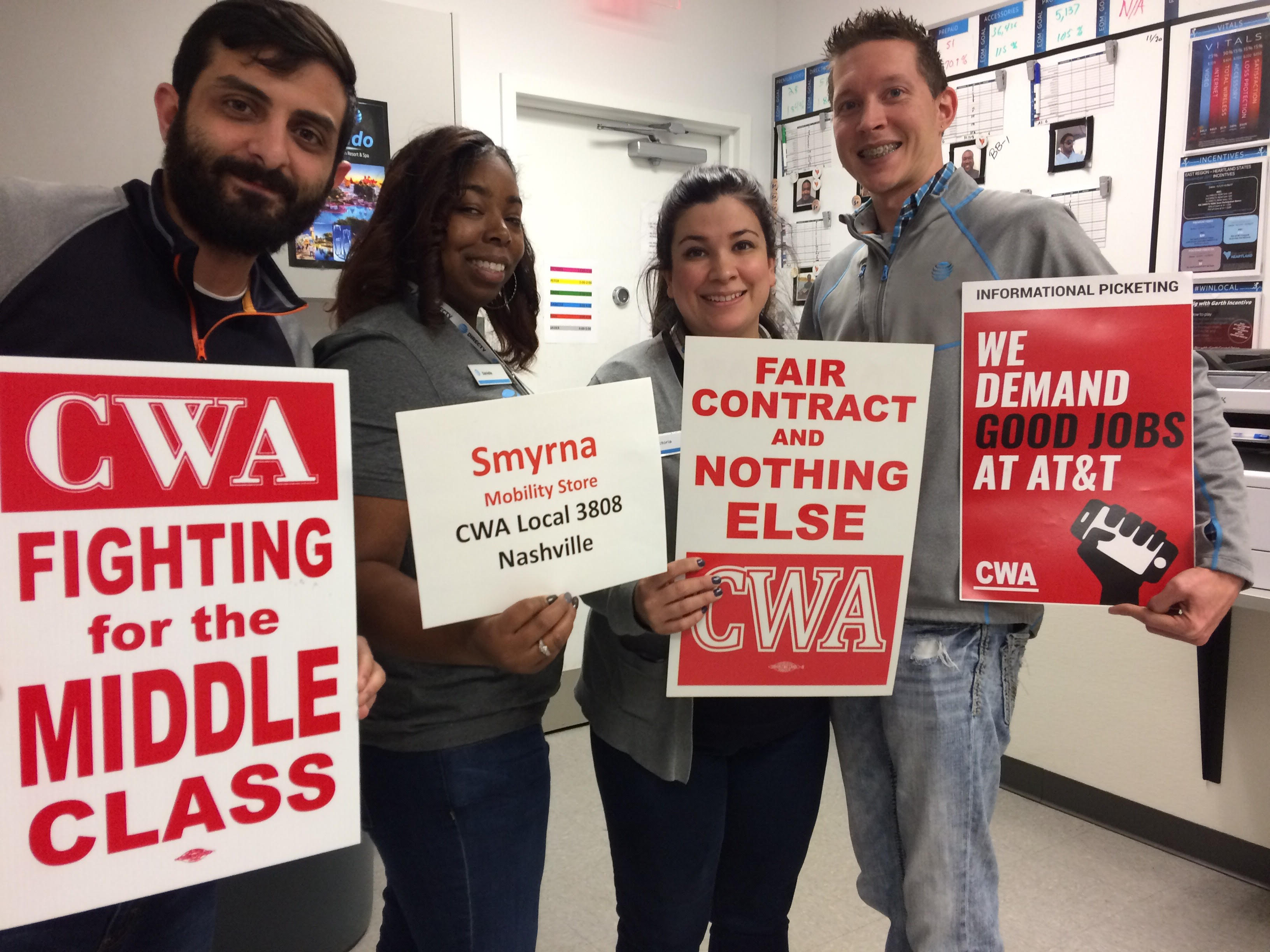 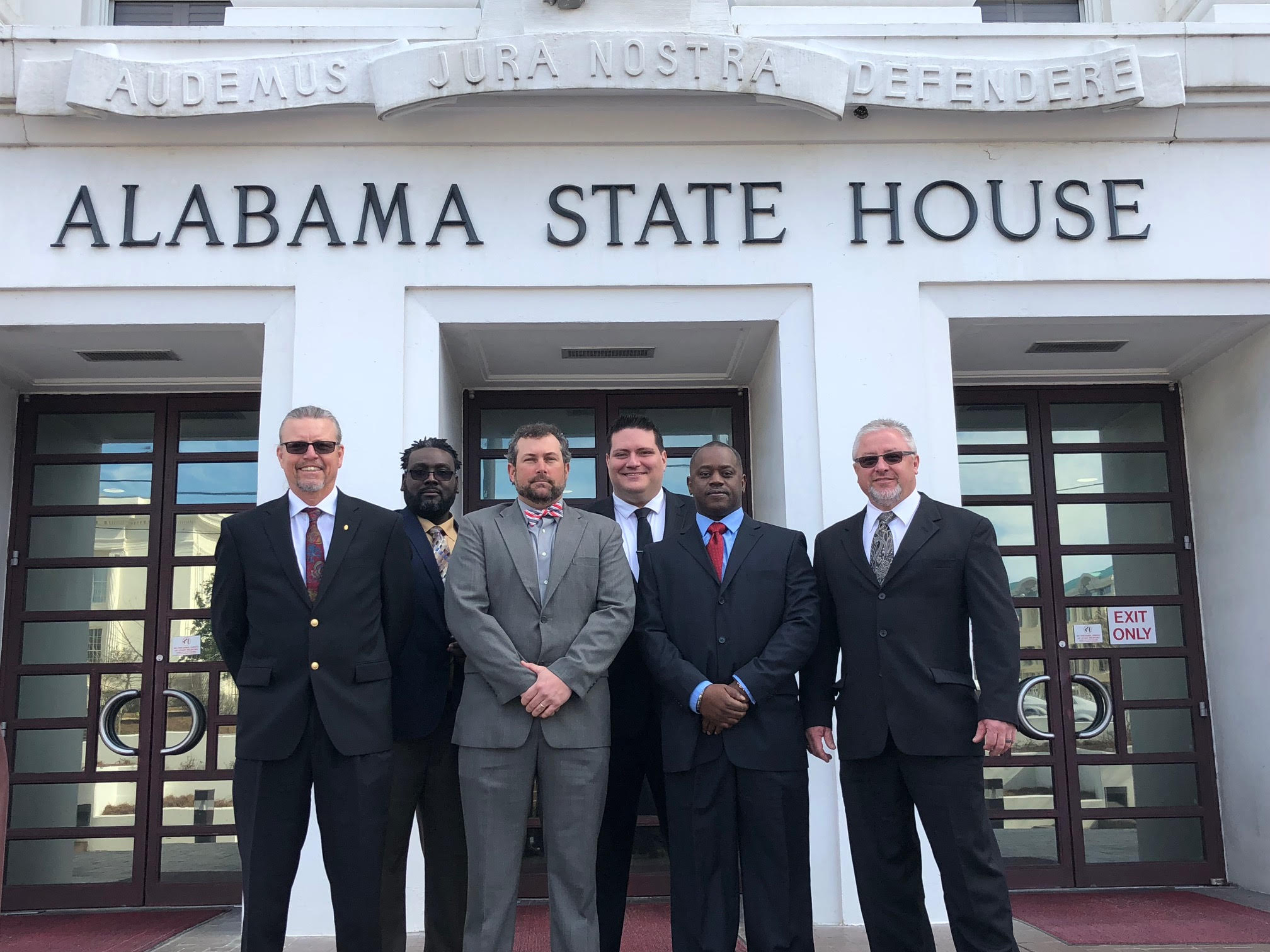 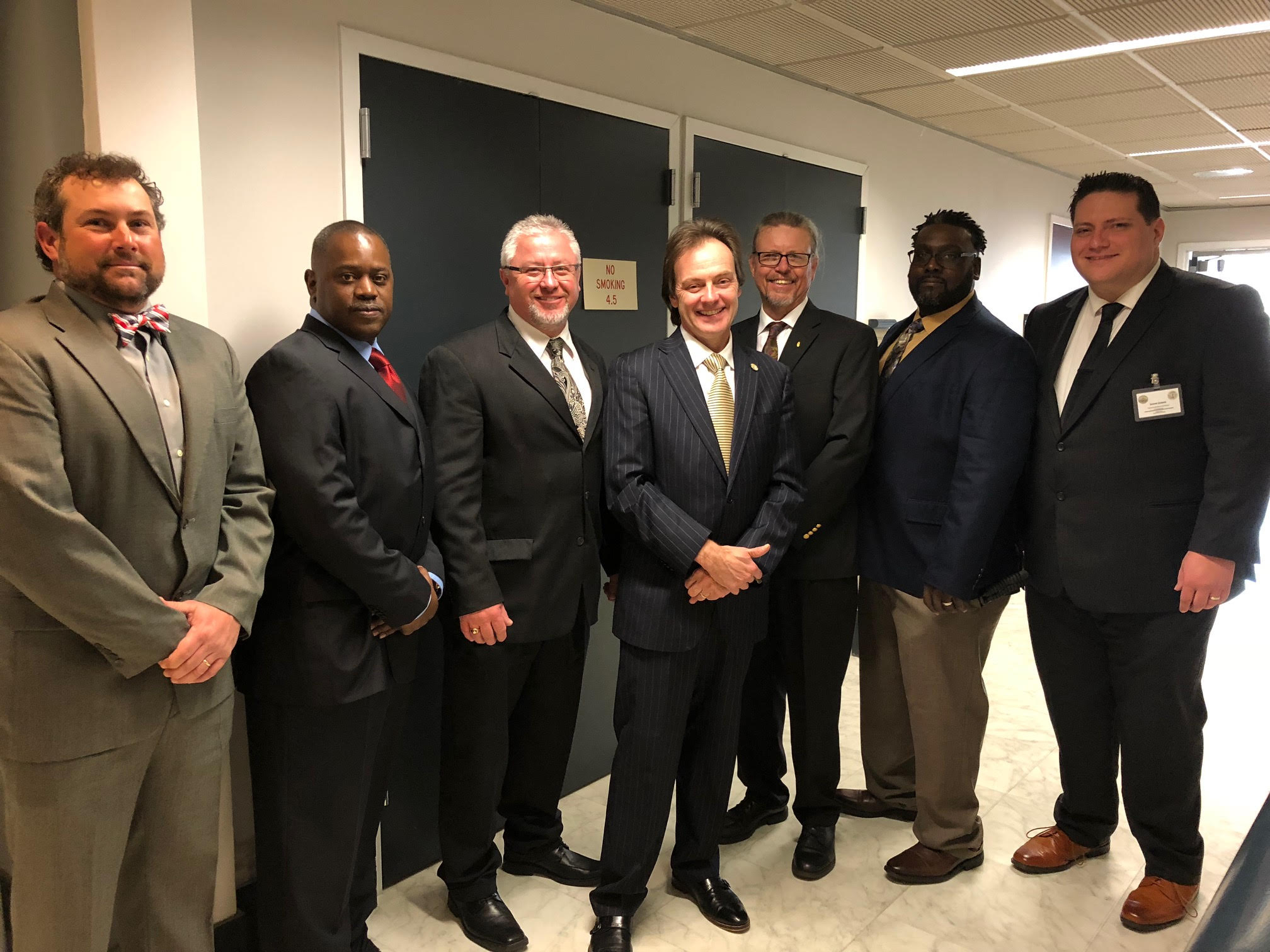 The Moral March, now in it’s 12th year, originally founded by former NC NAACP President, Dr. Rev. William Barber III, has continued to draw attention from locals, media and officials as thousands gather together to let their voices be heard in response to the current political climate. Vans and buses poured into Raleigh, NC February 10th, 2018- including over 20 CWA members from 5 locals across North Carolina.

“Forward together, not one step back” rang in through the clouds early Saturday morning as thousands joined together in the State’s Capitol at the Raleigh Memorial Auditorium for the Pre-Rally of the 2018 HKonJ Moral March— a highly anticipated march lead for the first time by current NC NAACP President, Dr. T. Anthony Spearman. This year’s focus, “Taking the Resistance to the Ballot Box”, where change is needed most. Speakers of all ages joined together with songs and spoken word to remind us how troubled our land is and of the victories we seek.

“People power, together we will stand, and reclaim our rights with all our might, across this troubled land,” the Raging Grannies sang, to remind us that people power will continue to be key in the victories we seek.

And then, with echoes of people power, the Moral March began as people from all races, nationalities, ages, sexes, social groups, professions, sexual orientations, and religious beliefs made their way to the North Carolina State Capitol building for the Rally. Speakers from coalition partners around the country showed up, in the midst of the rain, to emphasize the importance of being present in the community and remembering in November to cast your vote. “Please don’t let them break us,” an elderly speaker said as she asked the younger generation to stand up and continue to push forward for change.

This powerful gathering is right in the core of the fight— the fight CWA calls the Fight Forward. The time is now to stand together, demanding change on all issues, especially those that have continued to be top priority— voting rights, equal pay, healthcare; gender, race and sexual orientation equality; and clean air and water. If you haven’t already joined the movement, contact your Human Rights Committee Chair or Local President today. 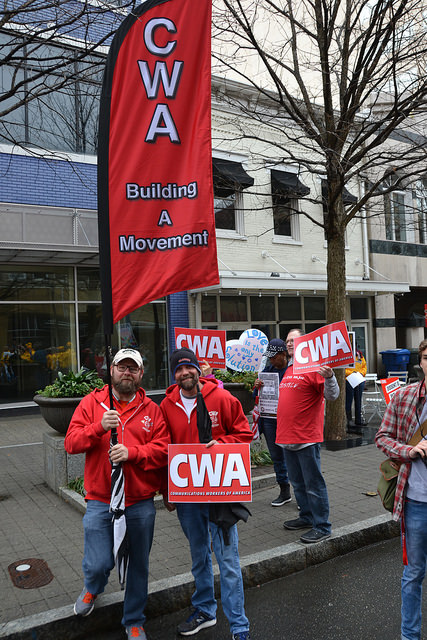 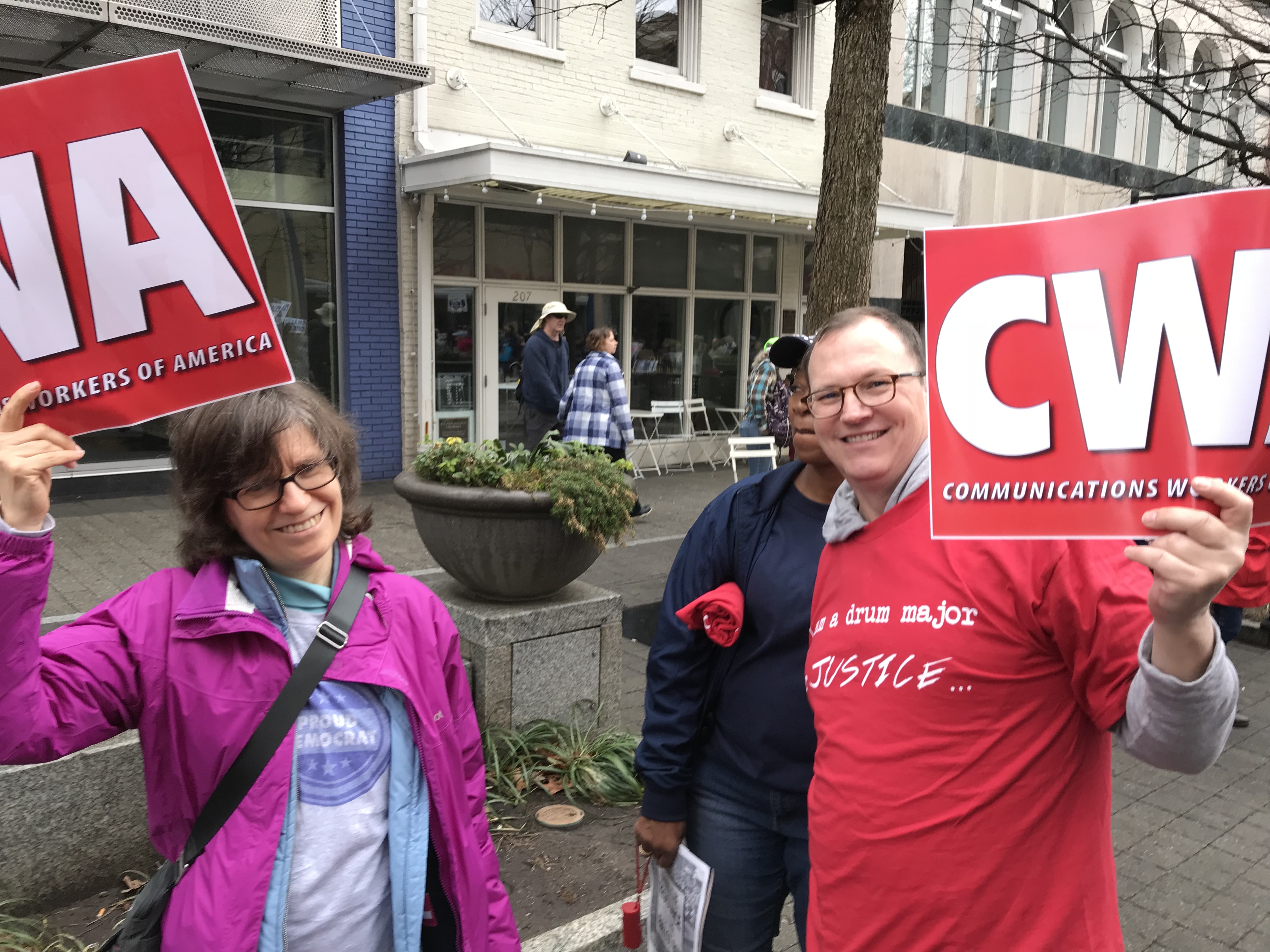 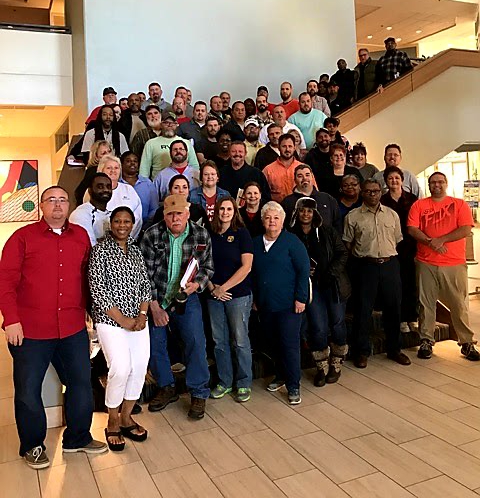 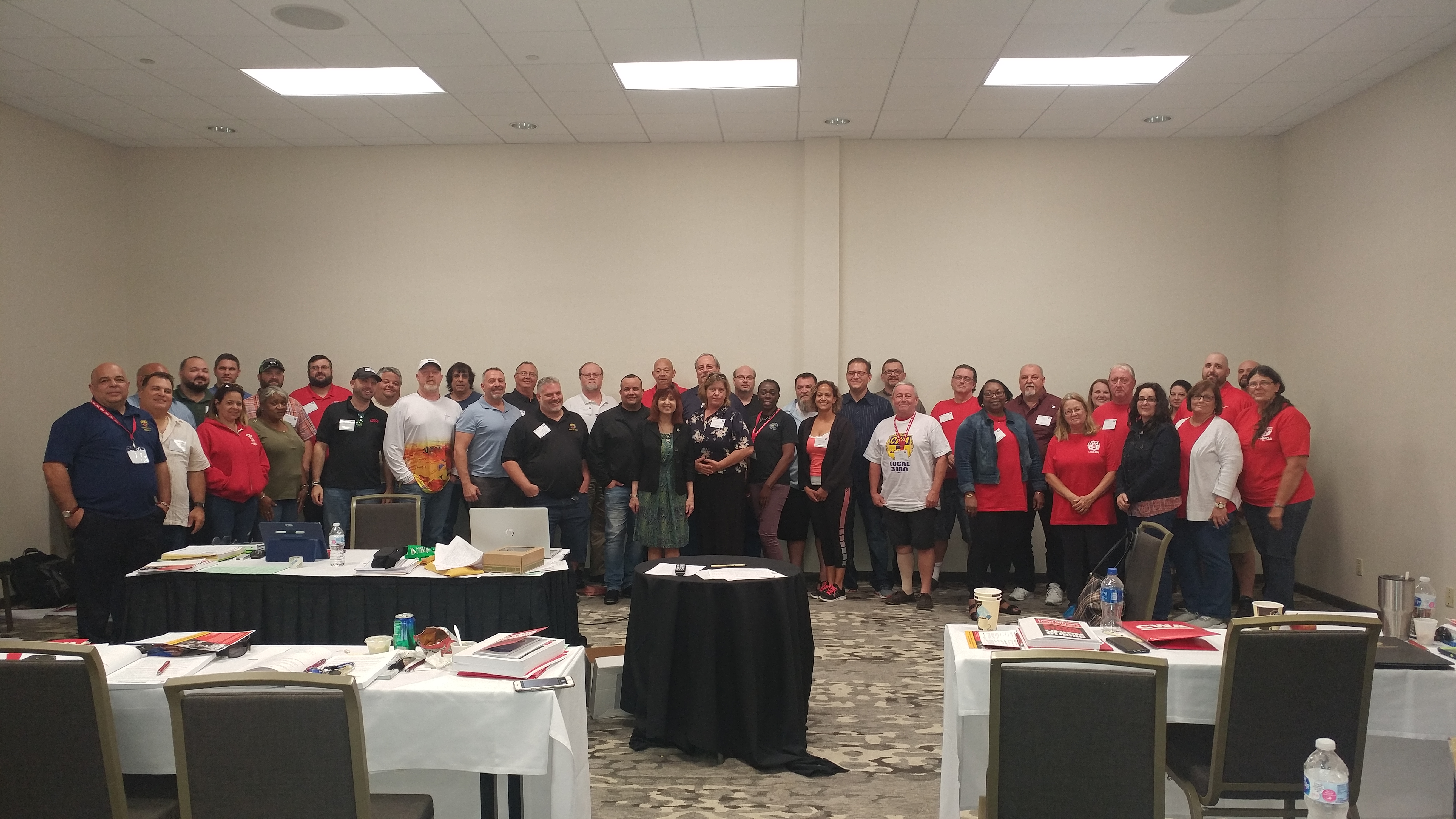 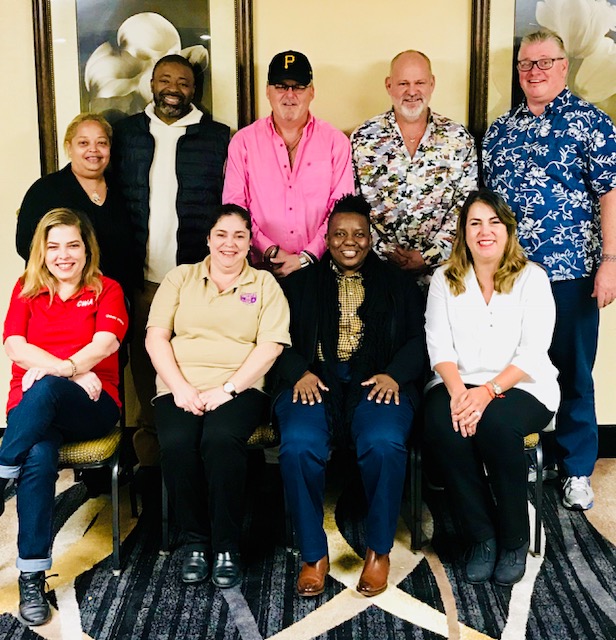