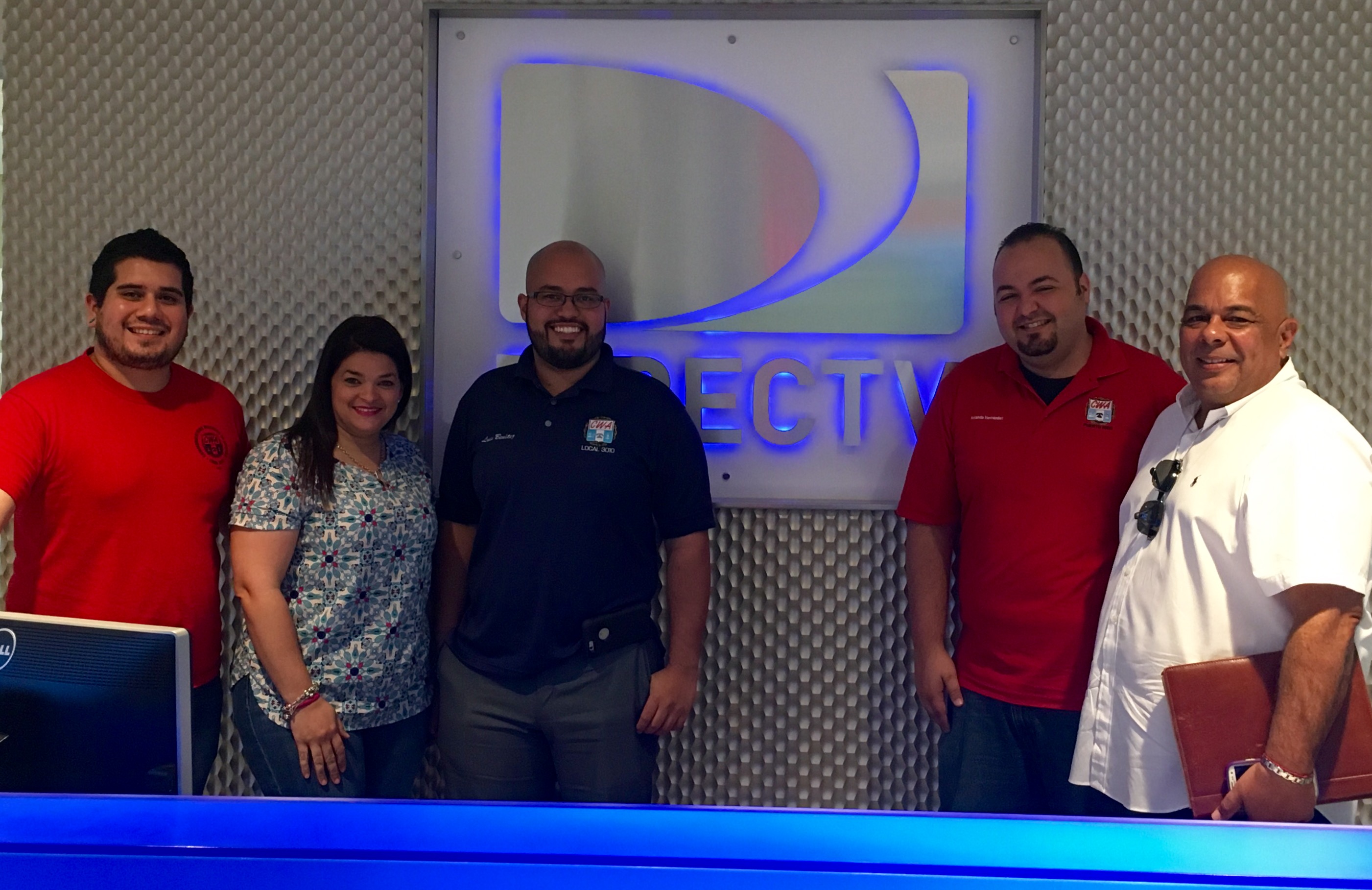 June Oberdorfer passed away peacefully on July 1, 2016. She was a CWA member from the time she started working at the telephone company, which included AT&T, Southern Bell, and Bellsouth, for over 50 years. She fought tirelessly for all of the Union members, active and retired. She was our Local 3106 Executive Board, was a Vice President, and President. She was our President during the 1983 strike against the AT&T Bell System. She worked on political campaigns, helped with charities like Spina Bifida and the Red Cross, and supported her Retirees always. She made an impact on our Retiree Club as the Vice President for over 12 years. She will be missed by all…

UPAGRA Local 33225 wants to congratulate the 2016 Scholarship winners. Every year UPAGRA LOCAL 33225 selects the winners of 2 Scholarships for $1,000 each among the sons and daughters of it's union members who apply for it.

This year the winners were:

They received their checks during the July 30, 2016 General Members Assembly.

The President, Jose Ortega, the Scholarship committee and all members desire the best for them during this academic year and encourage them to participate again for  next years scholarship. 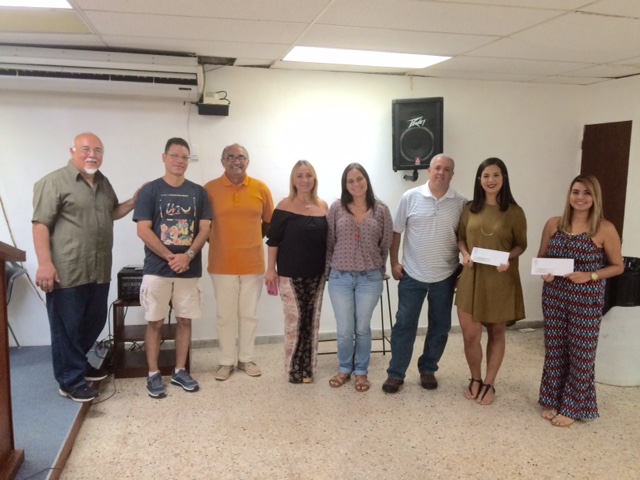 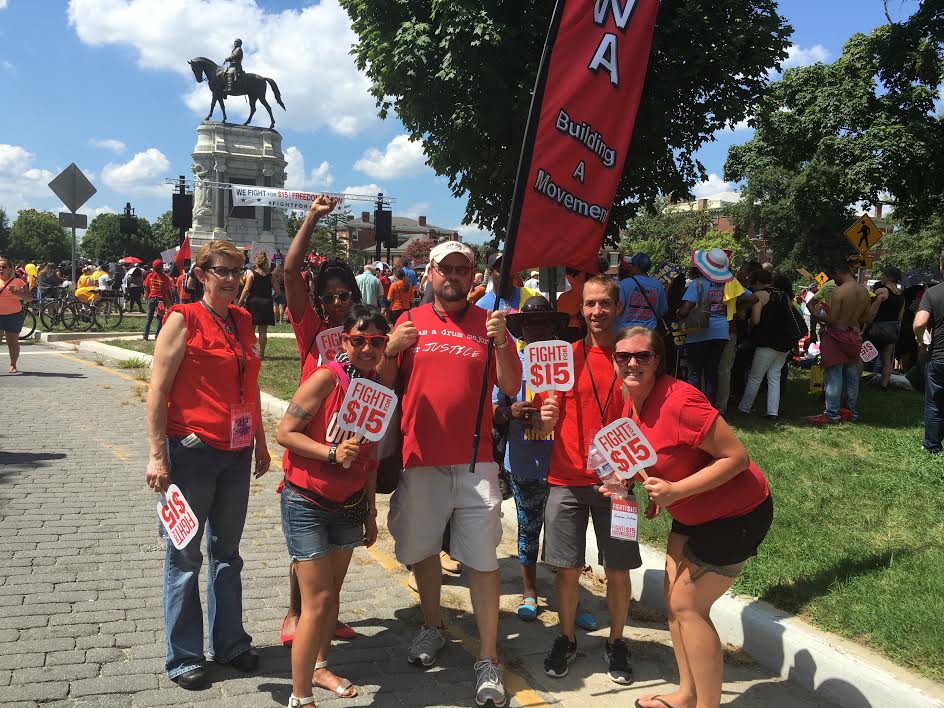 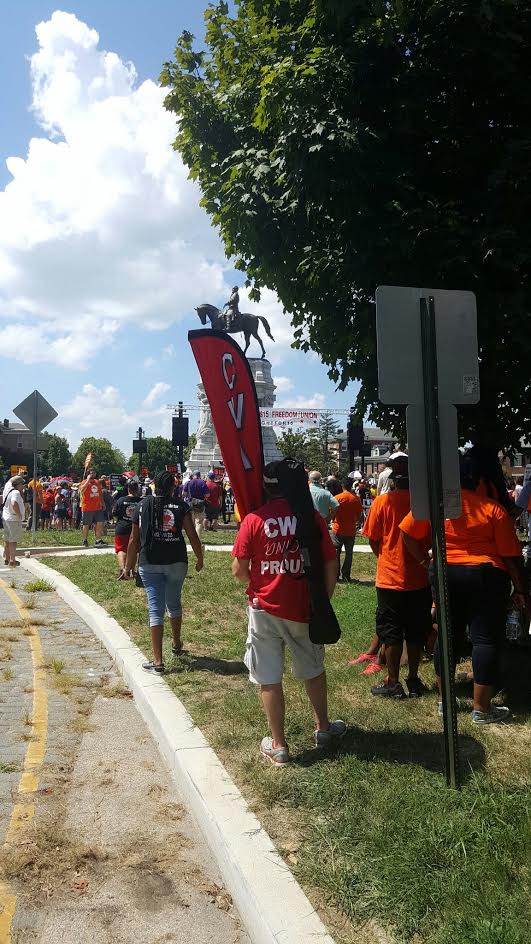 On Saturday August 13 some 10,000 activists converged onto Richmond, VA. It was a hot, humid day with activists of all ages on hand to show support for the living wage movement.  Arriving around 1 pm at the pre-march rally the mood was very high amid the high temps. I led a group from Charlotte, NC as we marched up Monument Ave where I met several other CWA activists from Wisconsin (Airline employees), Nashville, TN (Mobility), New York(Verizon), and Georgia (Mobility). As we made our way up the route to the statue of Lee, where we heard speakers from fast food, and other low wage industries telling their stories and struggles. The rally concluded with Rev Barber giving a tremendous speech on the purpose of the fight for equality in the labor movement for a living wage. CWA was well represented and as we move forward in our fight Labor has a big role in this movement by helping to build a stronger Union where there is equality for all.

Saturday August 6, 2016 members of CWA Local 3607 assisted Urban Ministry in Greensboro, NC. The first Saturday of each month is when we offered our assistance in the form of service. This month we have also started a food drive, collecting non-perishable food to feed the hungry in Greensboro. We have collection boxes in both call centers and they will also be deployed in the landline work centers. 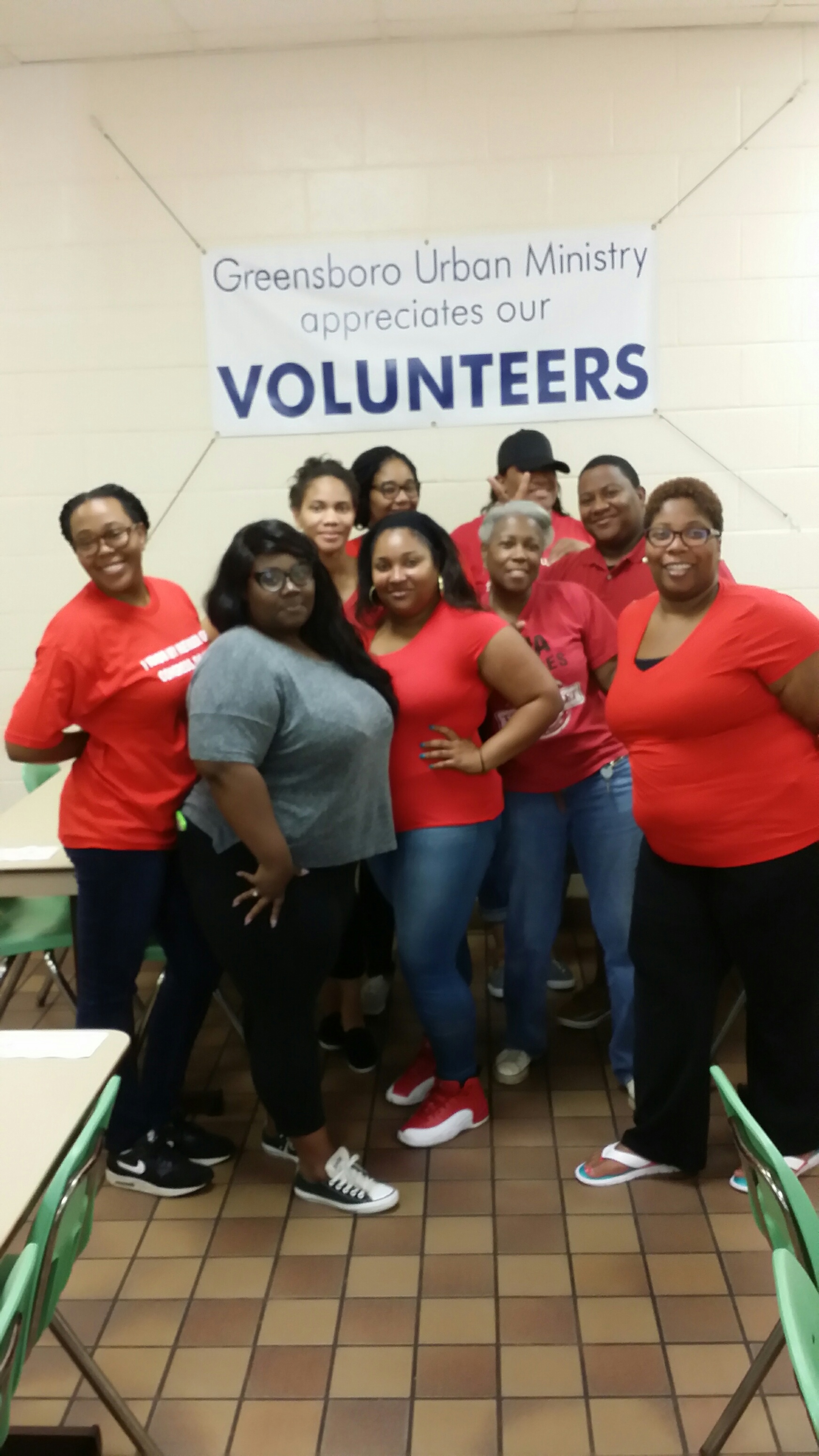 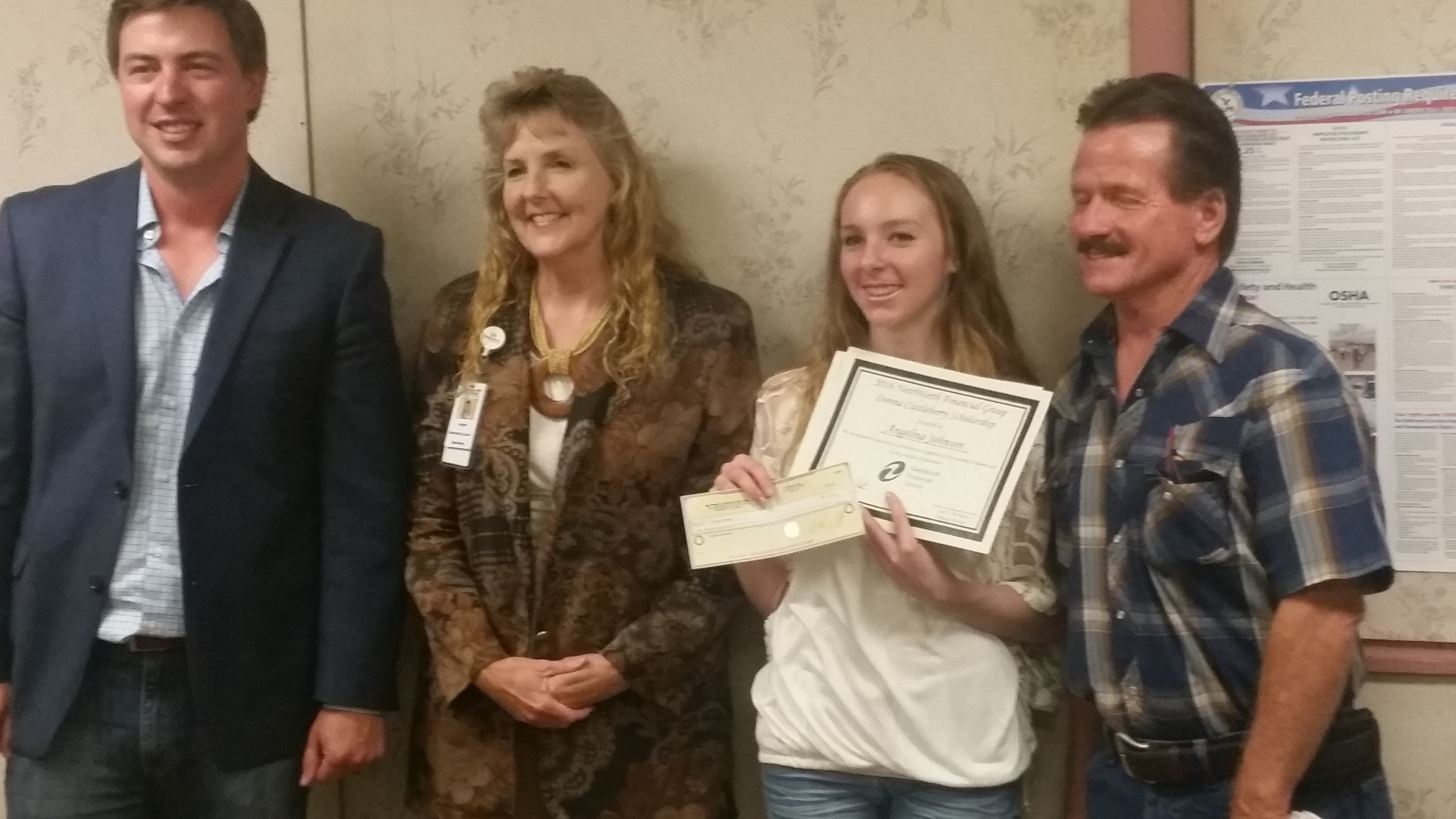 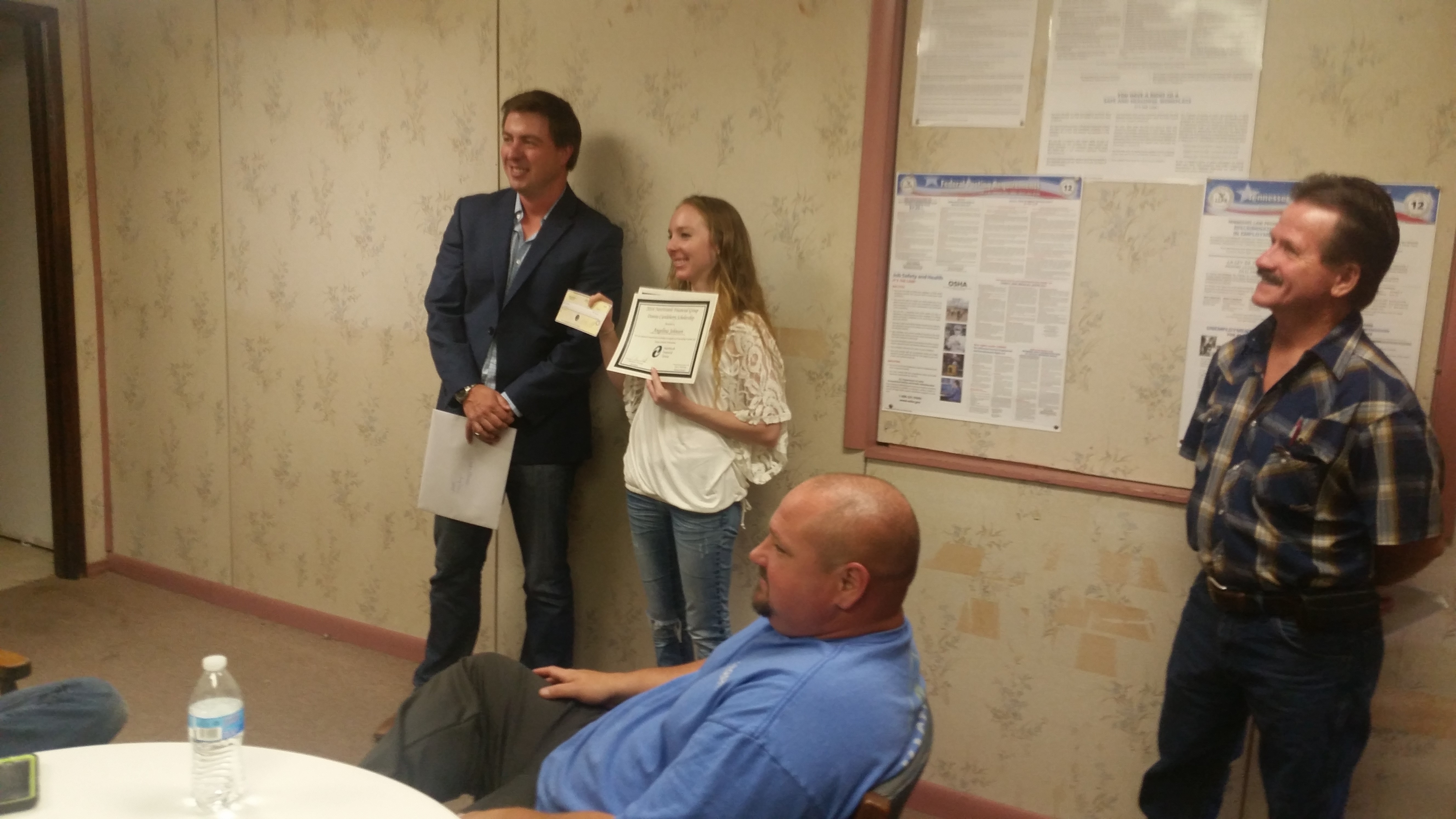 Angelina Johnson, daughter of Local 3804 member, Steve Johnson, was one of the winners of the NettWorth Scholarship. Jason McKernan, from NettWorth, made the presentation at Local 3804's July membership meeting.   We wish Angelina all the best on her future endeavors.

Members of United Campus Workers, UCW-CWA Local 3865, gathered at Pilot-Flying J gas stations in Chattanooga, Memphis, Murfreesboro, Nashville, and Knoxville, Tennessee to protest Gov. Haslam’s plan to outsource thousands of state jobs. The protesters picked August 23rd, Governor’s Bill Haslam’s birthday, to hold the action in front of the gas station chain where he is a current investor and former company president. In Knoxville, UCW was joined by allies from CWA Local 3805, Jobs with Justice of East Tennessee, and Fight for $15 to blow noise makers, eat birthday cake and hold signs in front of the passing rush-hour traffic. One sign with a drawing of a birthday cake read “Happy Birthday, Haslam. Thanks for the crumbs” to highlight the disparity between Haslam, the richest elected official in the U.S., and the everyday Tennesseans that would be hurt by his outsourcing scheme.

Haslam has already outsourced 10% of the state facilities to a private company, a move that led to many state workers losing their jobs. He now wants to outsource the remaining 90%, without the input of elected officials, using a “vested outsourcing” procedure that has been untested in the public sphere. The same week of the protest, Gov. Haslam began secret meetings with undisclosed corporate representatives in which they are allowed to help design their own potential contract. UCW is concerned that these negotiations only stand to benefit the company who receives the contract—not the taxpayers or public workers of Tennessee. Previous outsourcing of janitorial services at the University of Tennessee were cancelled and brought back in-house after problems with high turnover and poor quality work. More recently, the state’s outsourcing of motor pool services has resulted in regular charges in excess of the allotted budget.

The action at the Pilot-Flying J gas stations is just one of many protests that UCW has carried out over the past year to raise public awareness of Haslam’s privatization plan. You can learn more about our campaign at fb.com/TNisNOTforSale. If you live in Tennessee, support our fight by calling Governor Haslam’s office at (615) 741-2001 and contacting your legislator to tell them to stop the outsourcing. 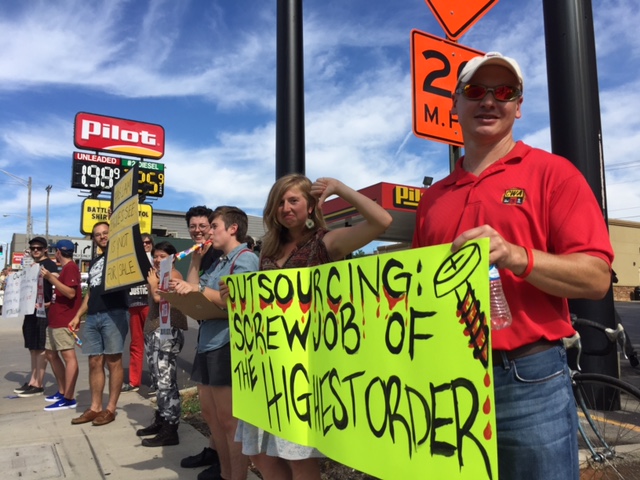 Local CWA 3865 member Katie Myers and President of CWA Local 3805, Ray Mehaffey, hold up a sign at a "Tennessee is Not for Sale" action in Knoxville, TN.

Members of CWA Locals 3806, 3808, UCW 3865, and TNG 36047 joined other Activist groups on the steps of the Tennessee Capitol to tell legislators to "Take the Moral High Ground" when it comes to the citizens of Tennessee. 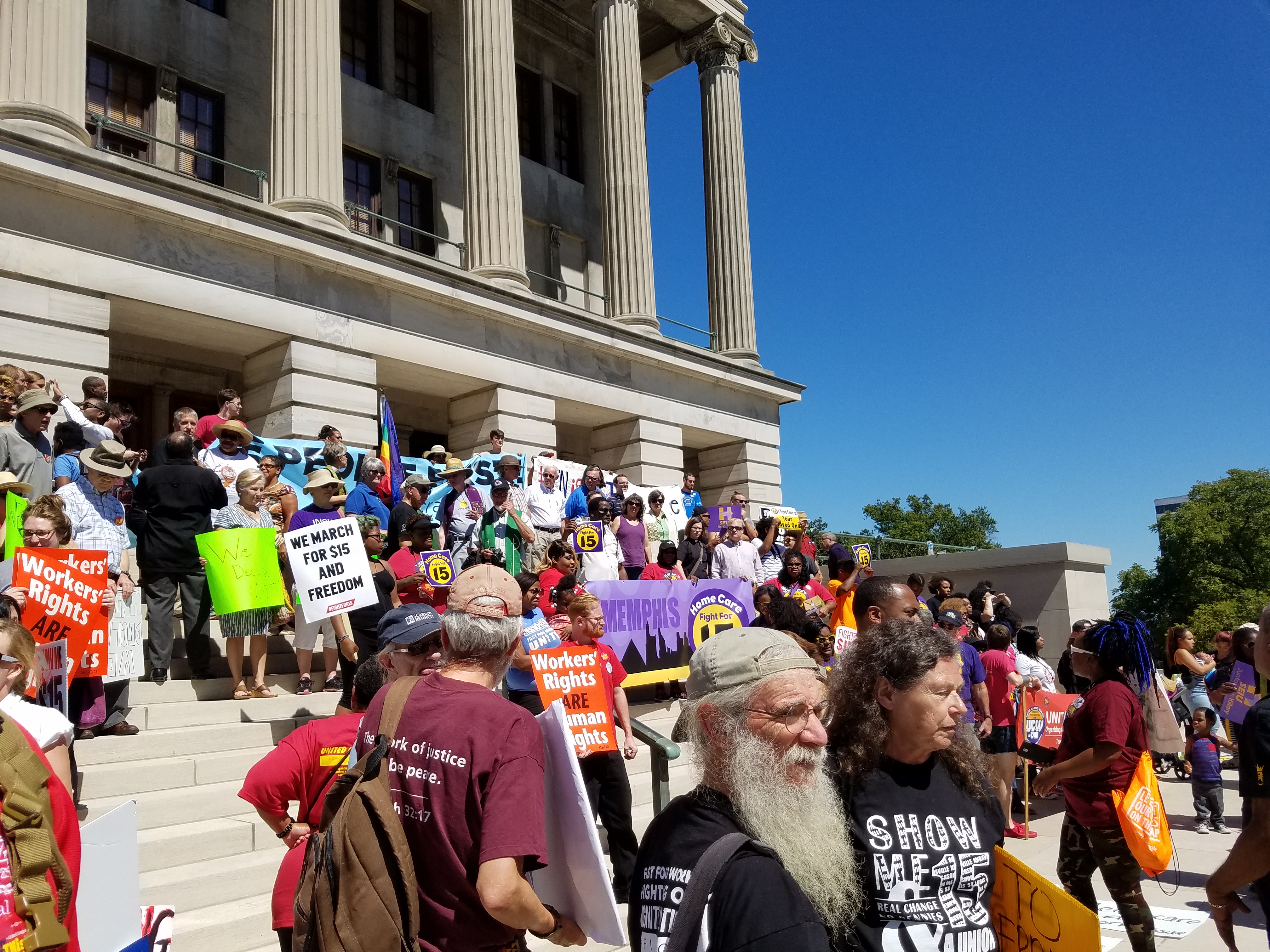 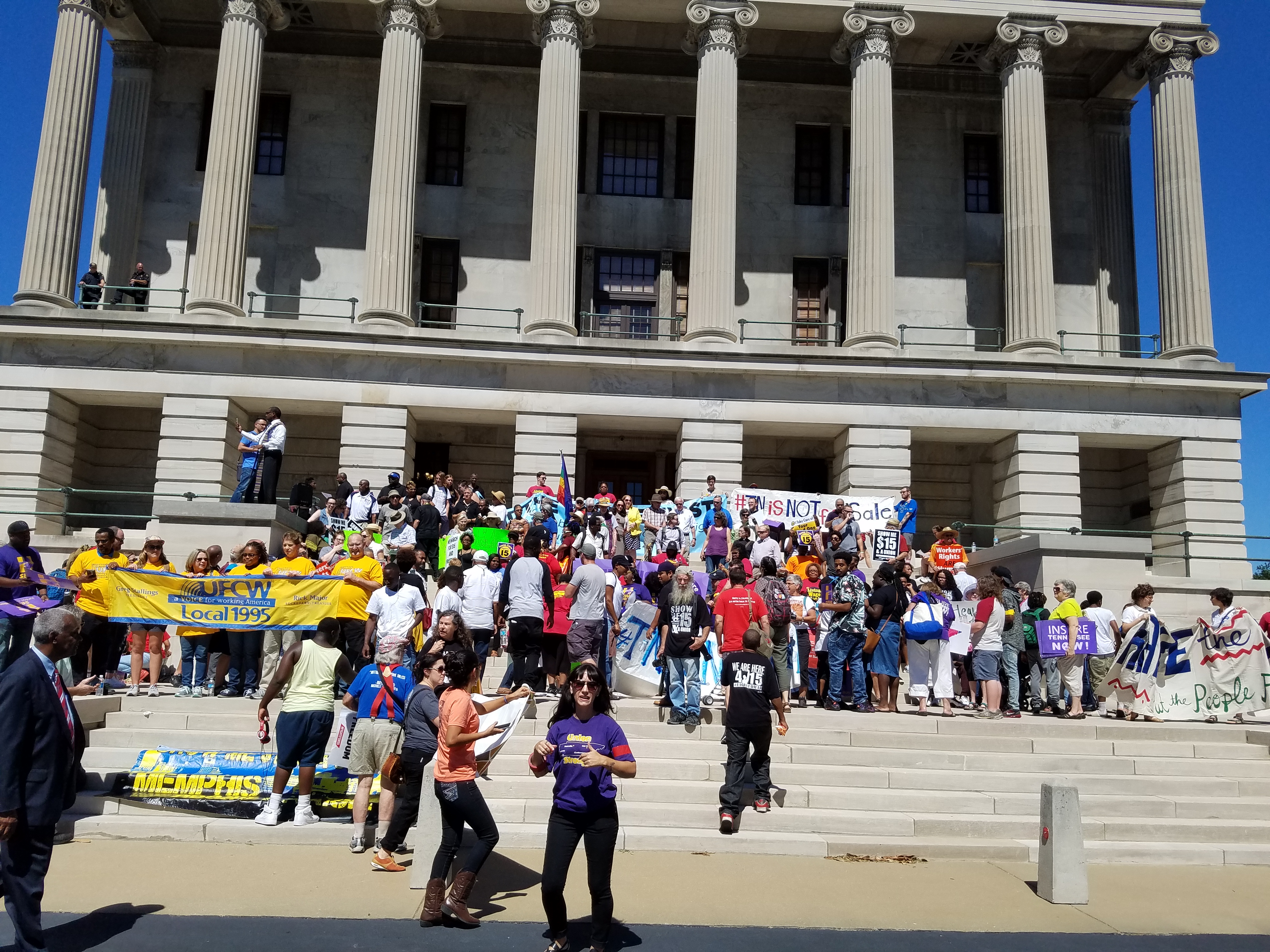 Vice President Richard Honeycutt opened the conference by welcoming everyone to our District and reminding all attendees that contrary to what others may believe, we have no need for a wall. We are facing enough walls in our society already, and those walls are the issues we are gathered to discuss.

Vice President Claude Cummings, who chairs the Executive Board Diversity Committee, also addressed the conference. Speaking on the Black Lives Matter movement, he stated that, “The Black Lives Matter movement doesn’t say that we matter more than anyone else; We just want black lives to matter as equally as others. These are challenging times and we in labor who are accustomed to speaking out, working together, and bringing about change have a special role to play. We must take back what we learned here to our workplaces and communities.”

CWA activists also rallied with the Georgia Federation of Teachers to oppose ballot initiative SR287 which would create an Opportunity School District. If passed, the initiative would empower an unelected and unaccountable Superintendent who has no ties to the local community. Atlanta, Georgia members we urge you to VOTE NO TO SR 287 on November 8th!

Brothers and Sisters, this is the year of many movements and if we don’t organize in solidarity, we will not have progression. It is our duty to fight against the actions that we know will divide us. We cannot allow division amongst us to prevail. As union members we are all human rights activists, therefore an injury to one is an injury to all.

We have proven for decades that we know how to fight and this year we the people, have to vote!

We the people, have to stand up for what’s right!

We the people, WILL RECLAIM OUR DEMOCRACY!

*Many thanks to Local 3204 and their amazing display of hospitality!* 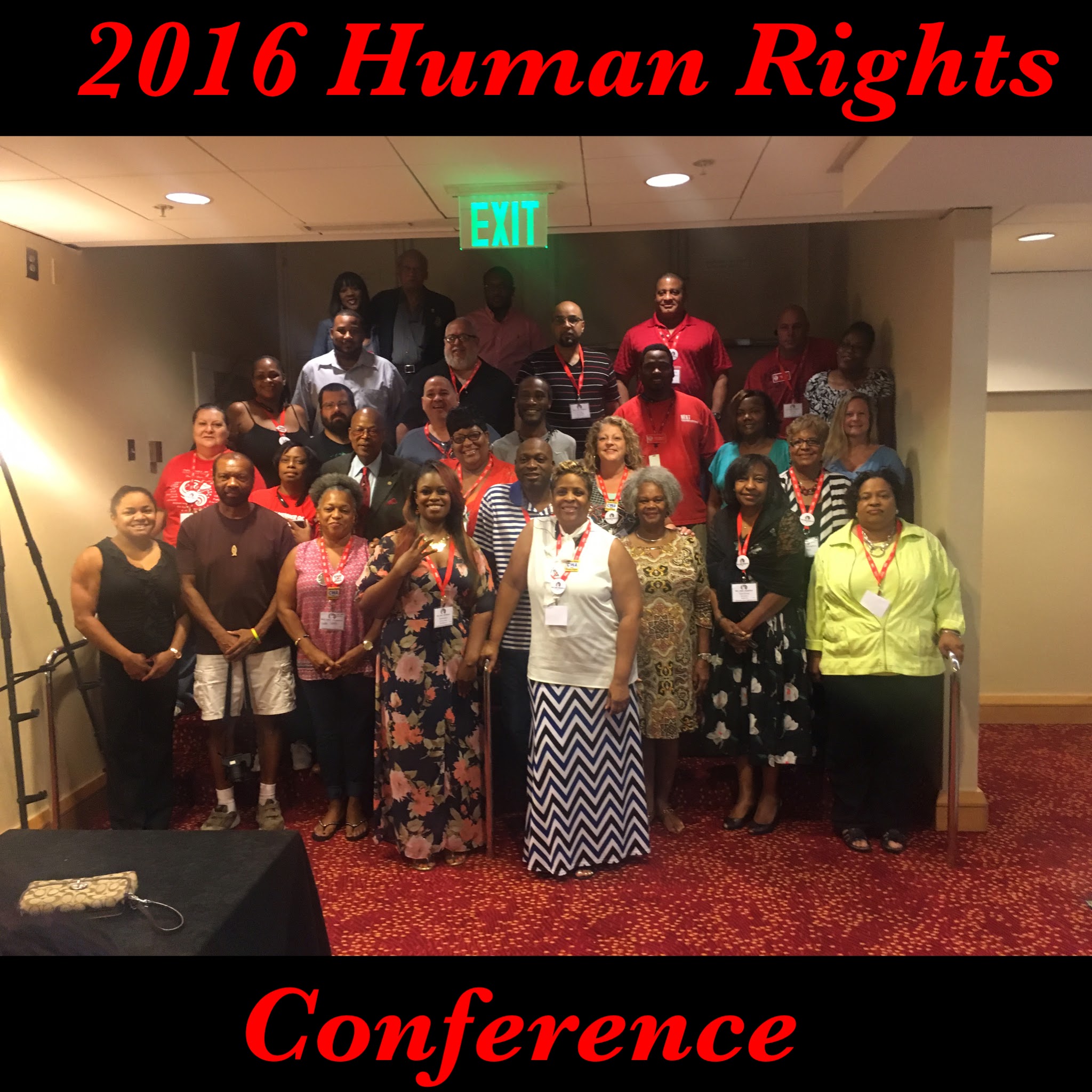 District 3 Members who attended the conference 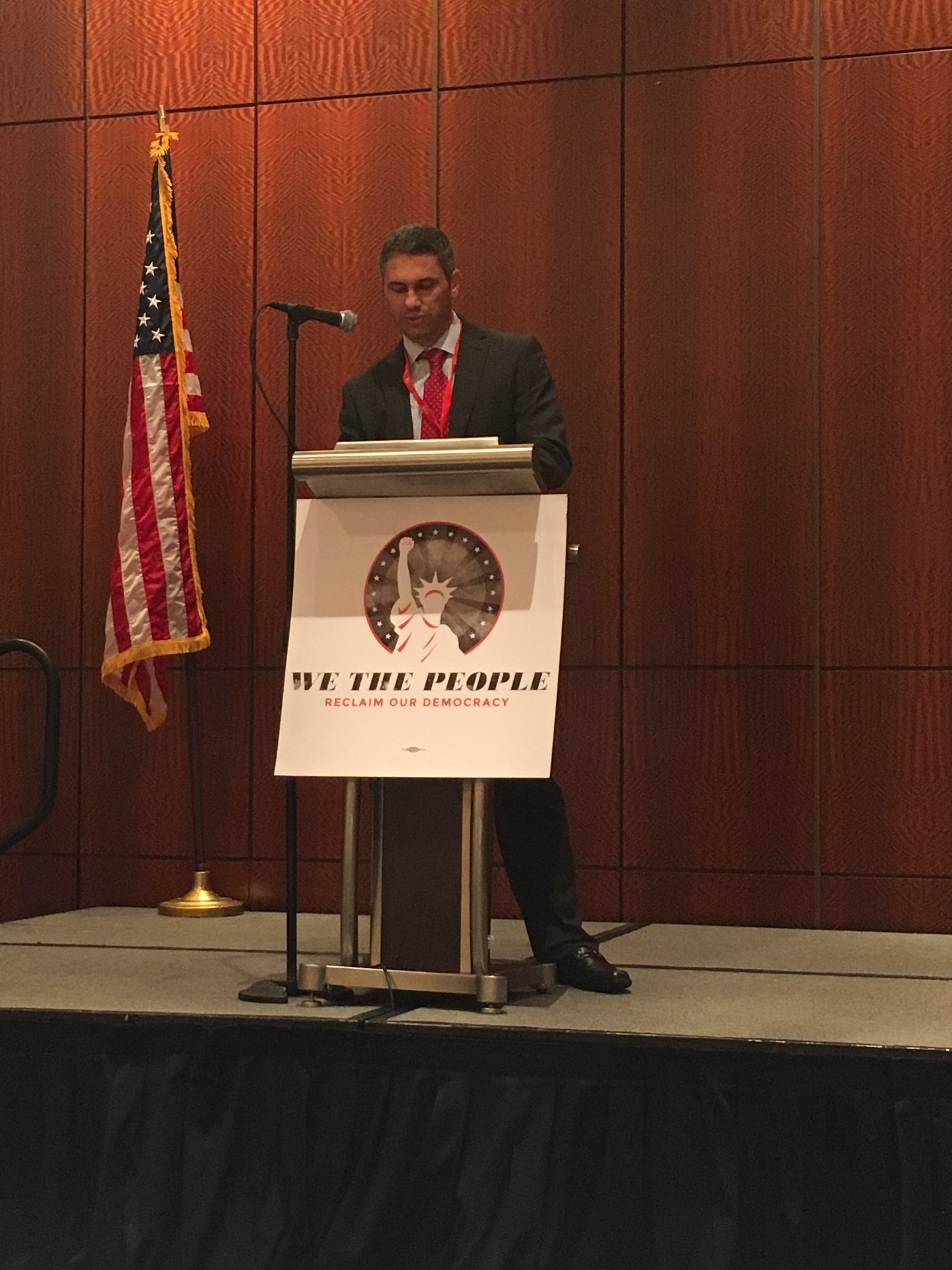 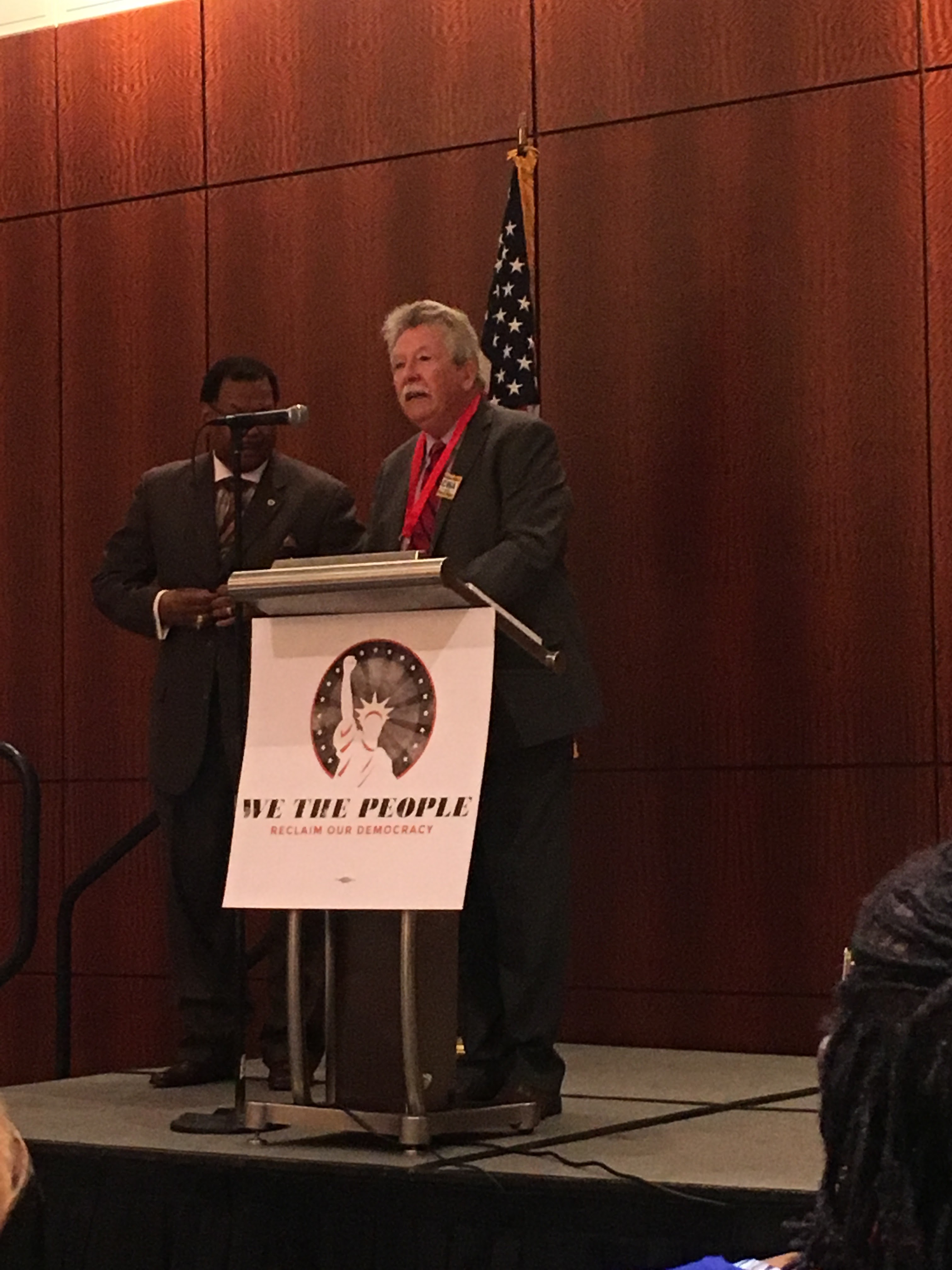 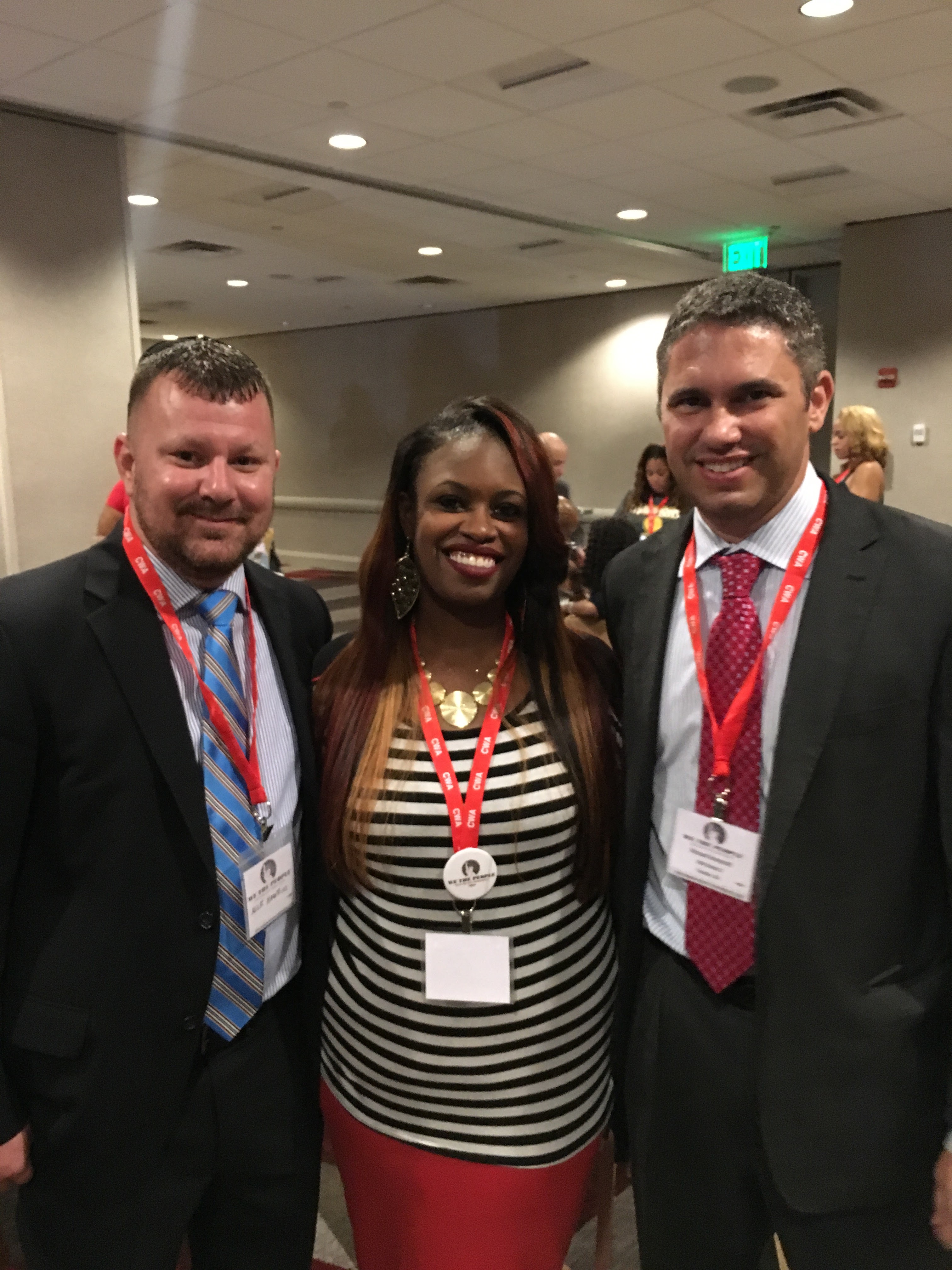 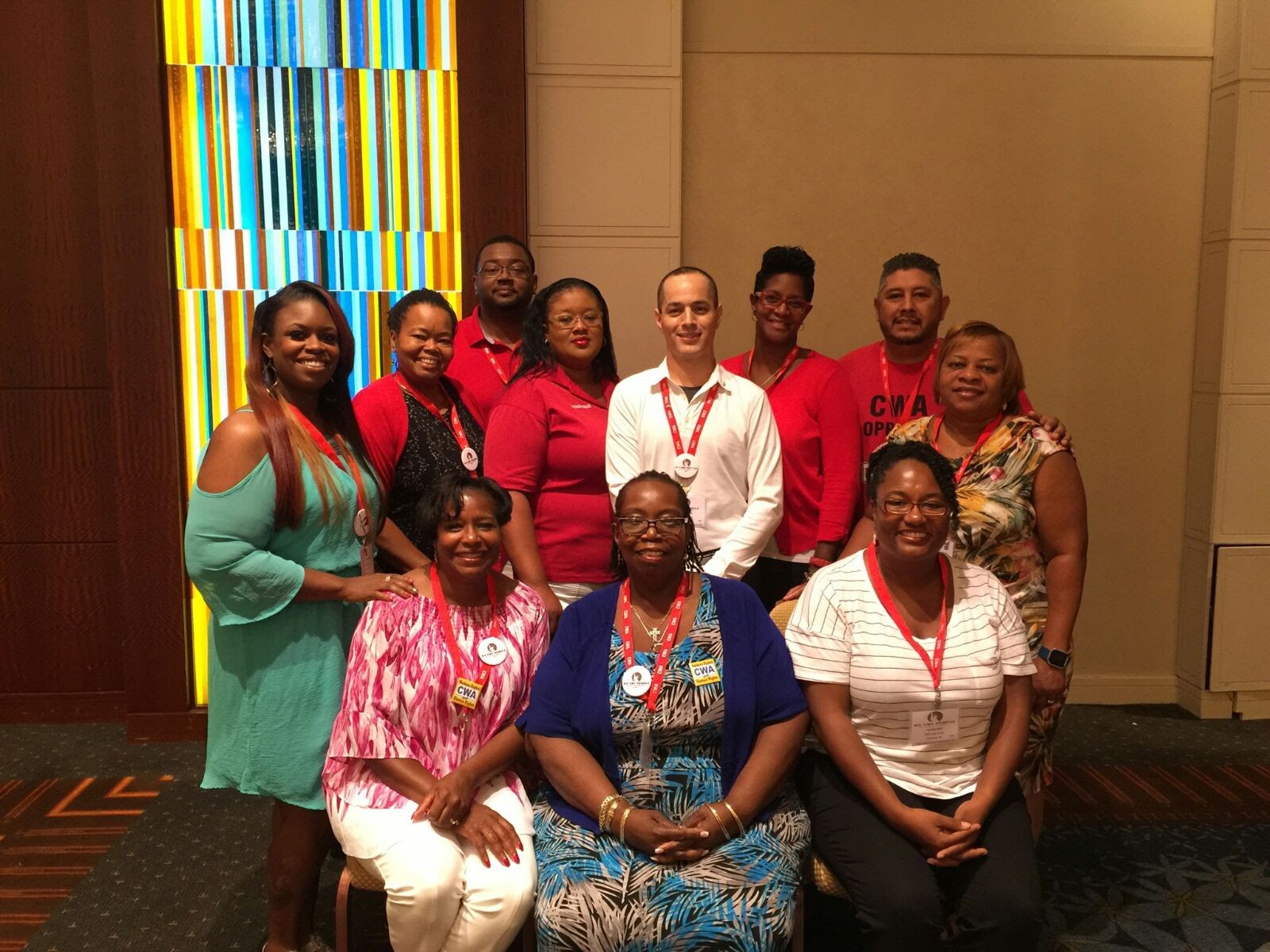 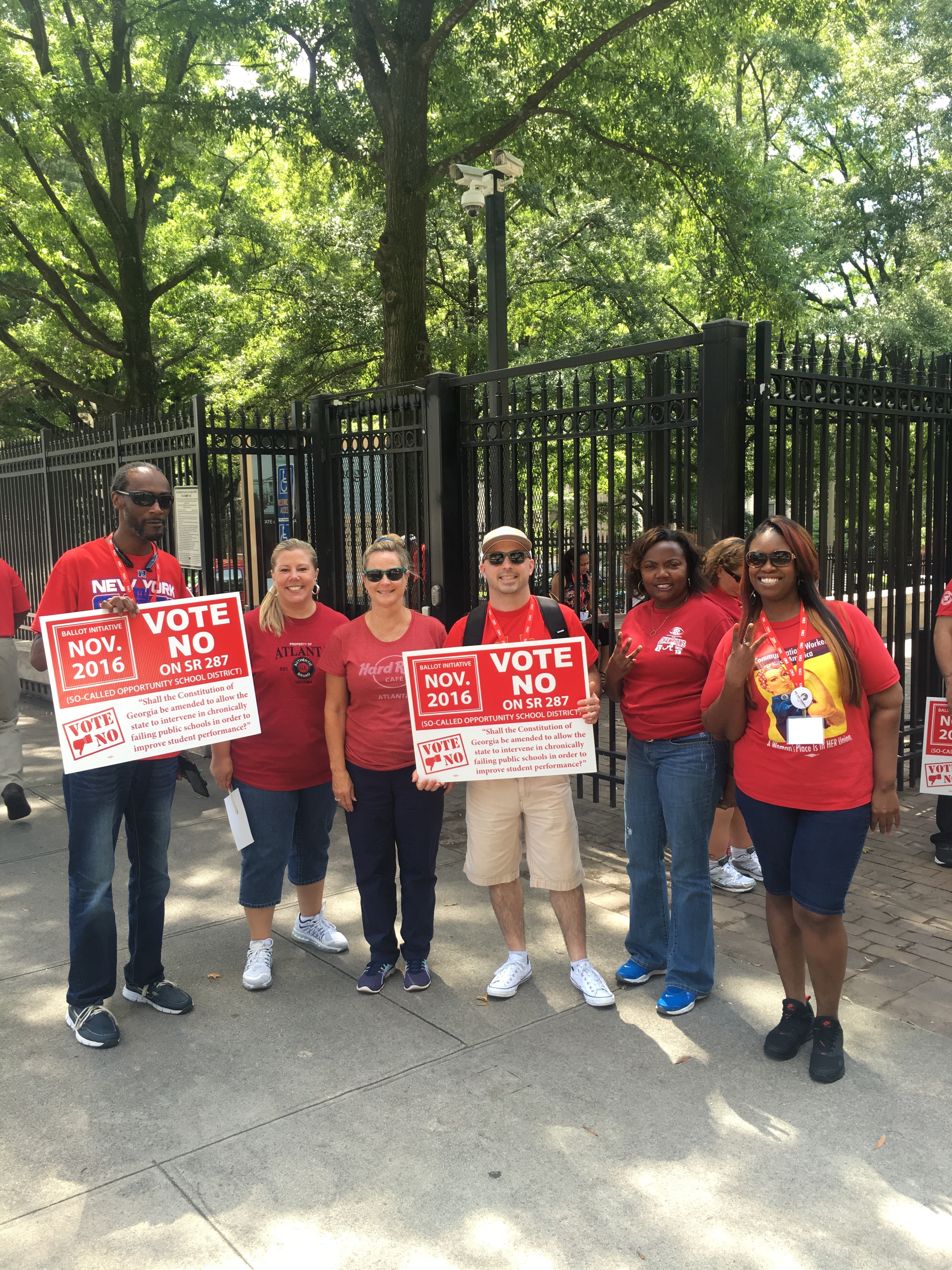 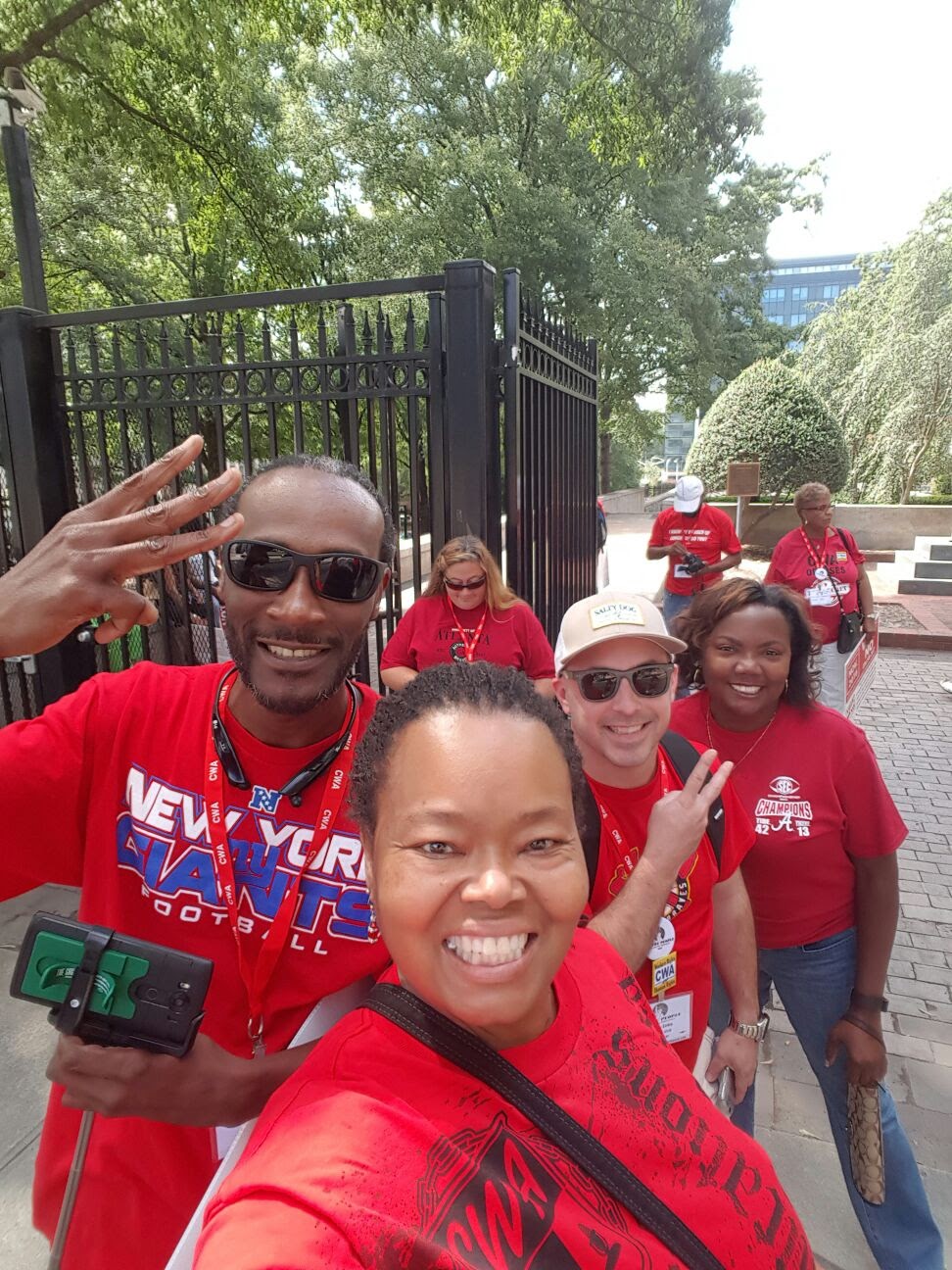 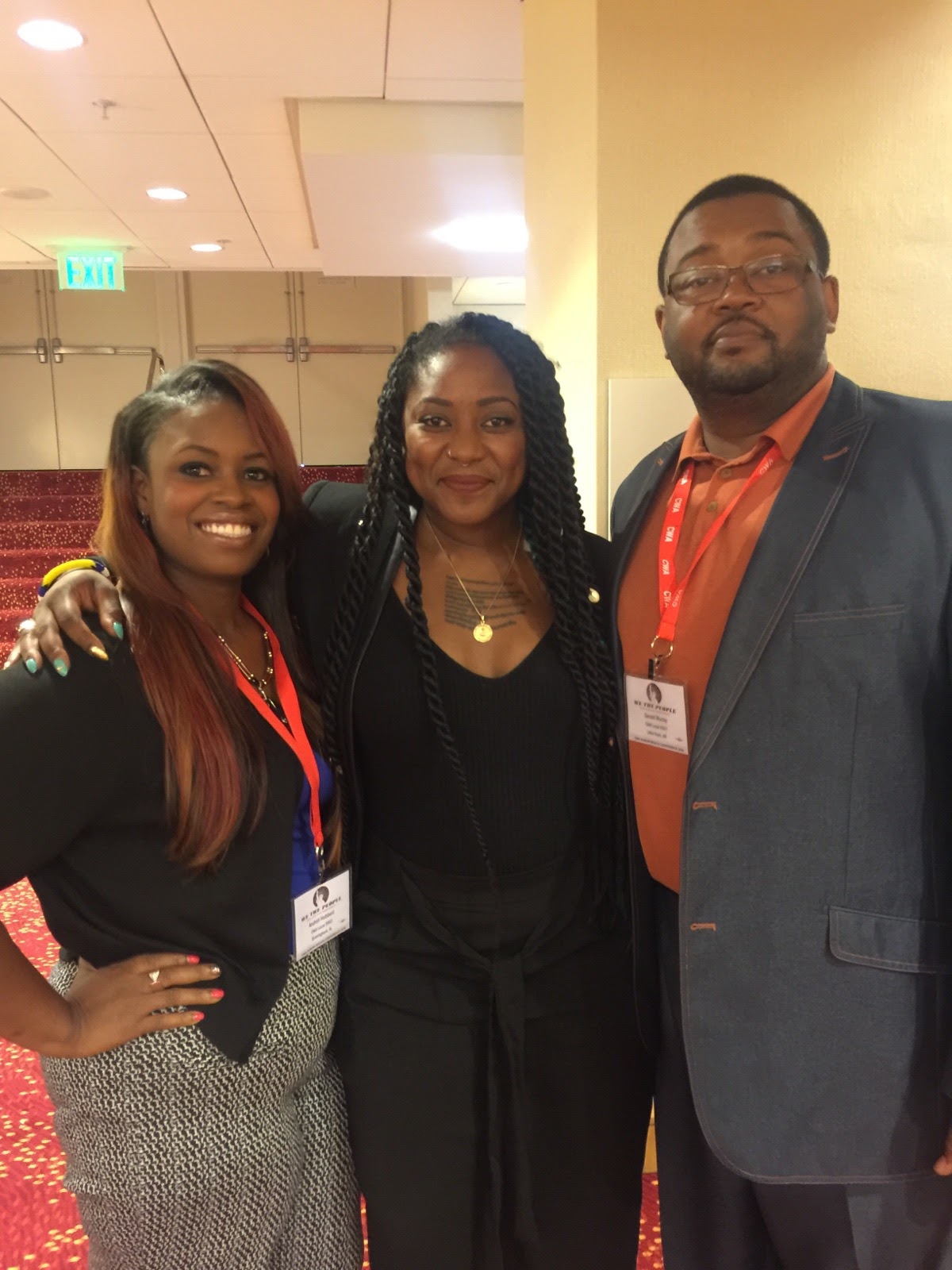 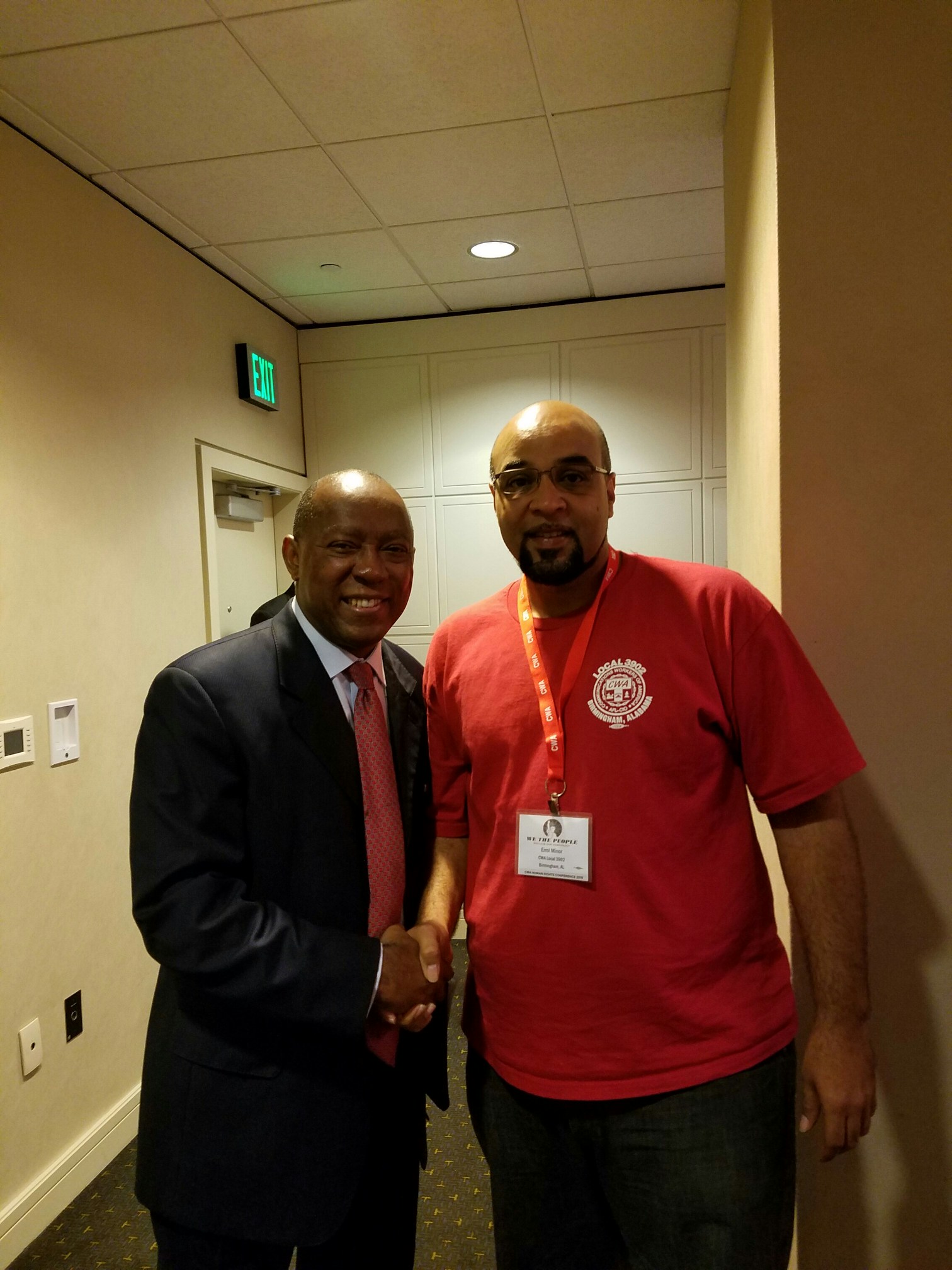 CWA District 3 Retired Members Council recently attended the CWA Minority Caucus, the CWA Human Rights Conference, August 21 -24 and and participated in the Rally to Vote No to SR 287 in November. 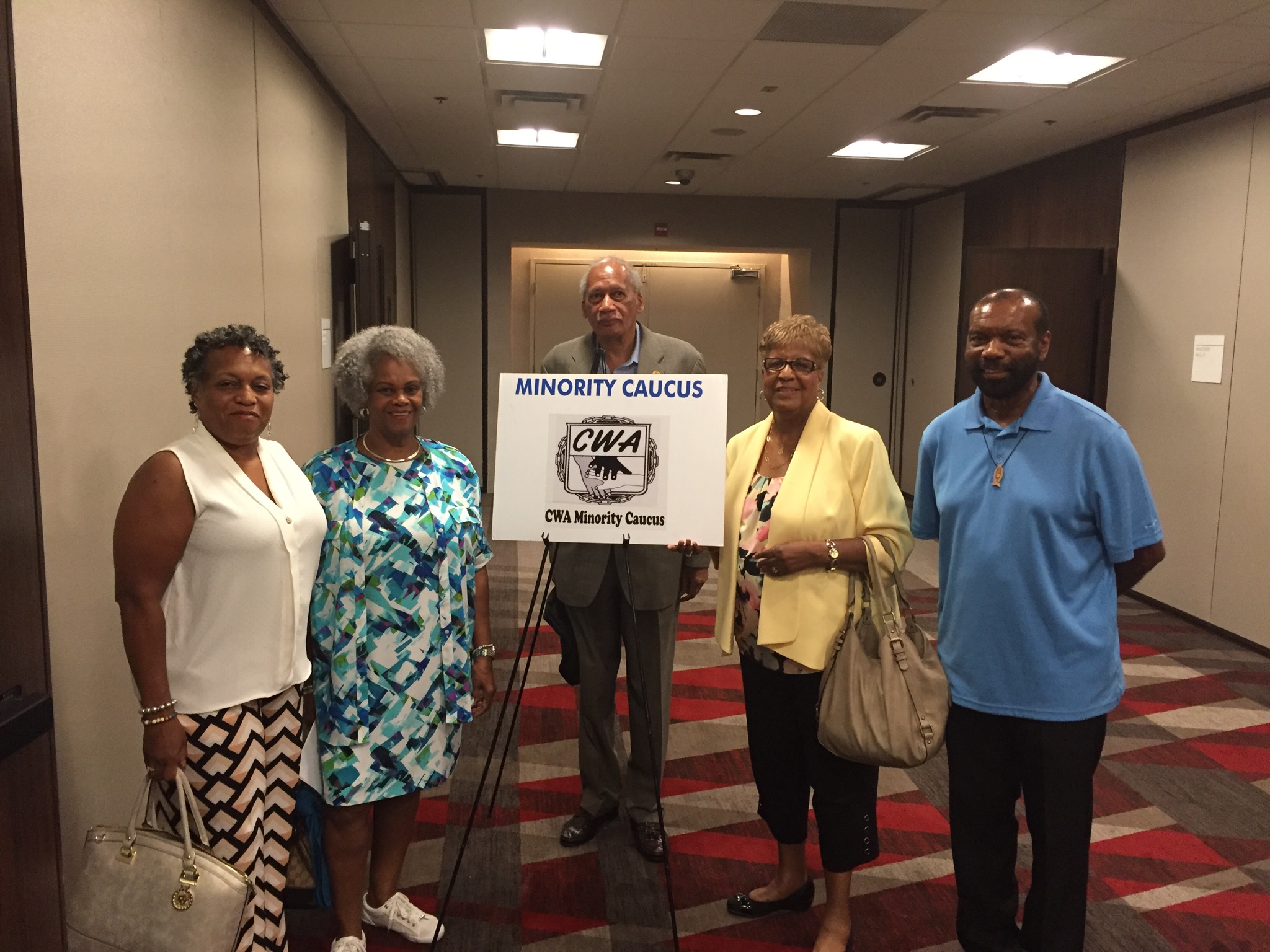 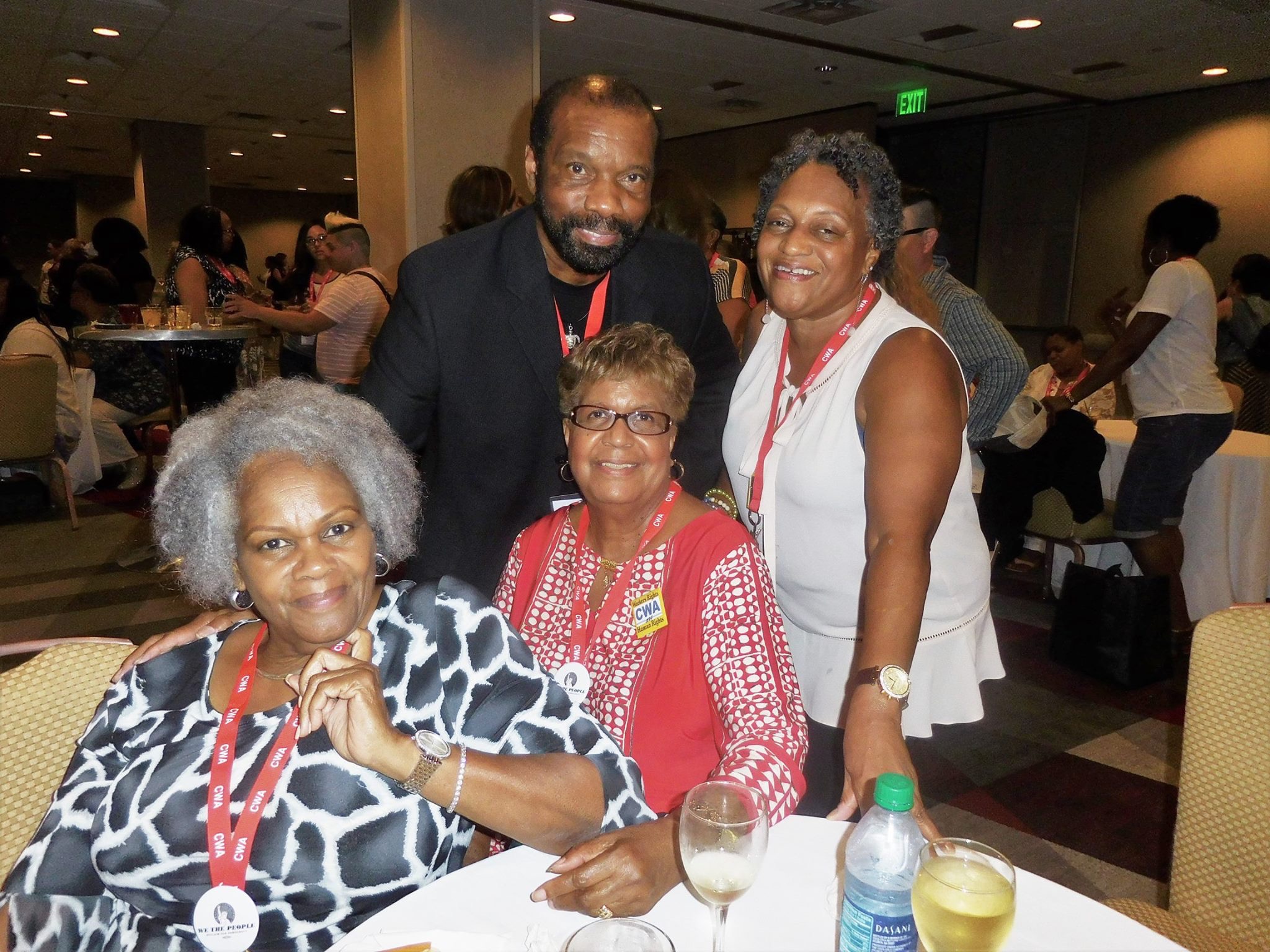 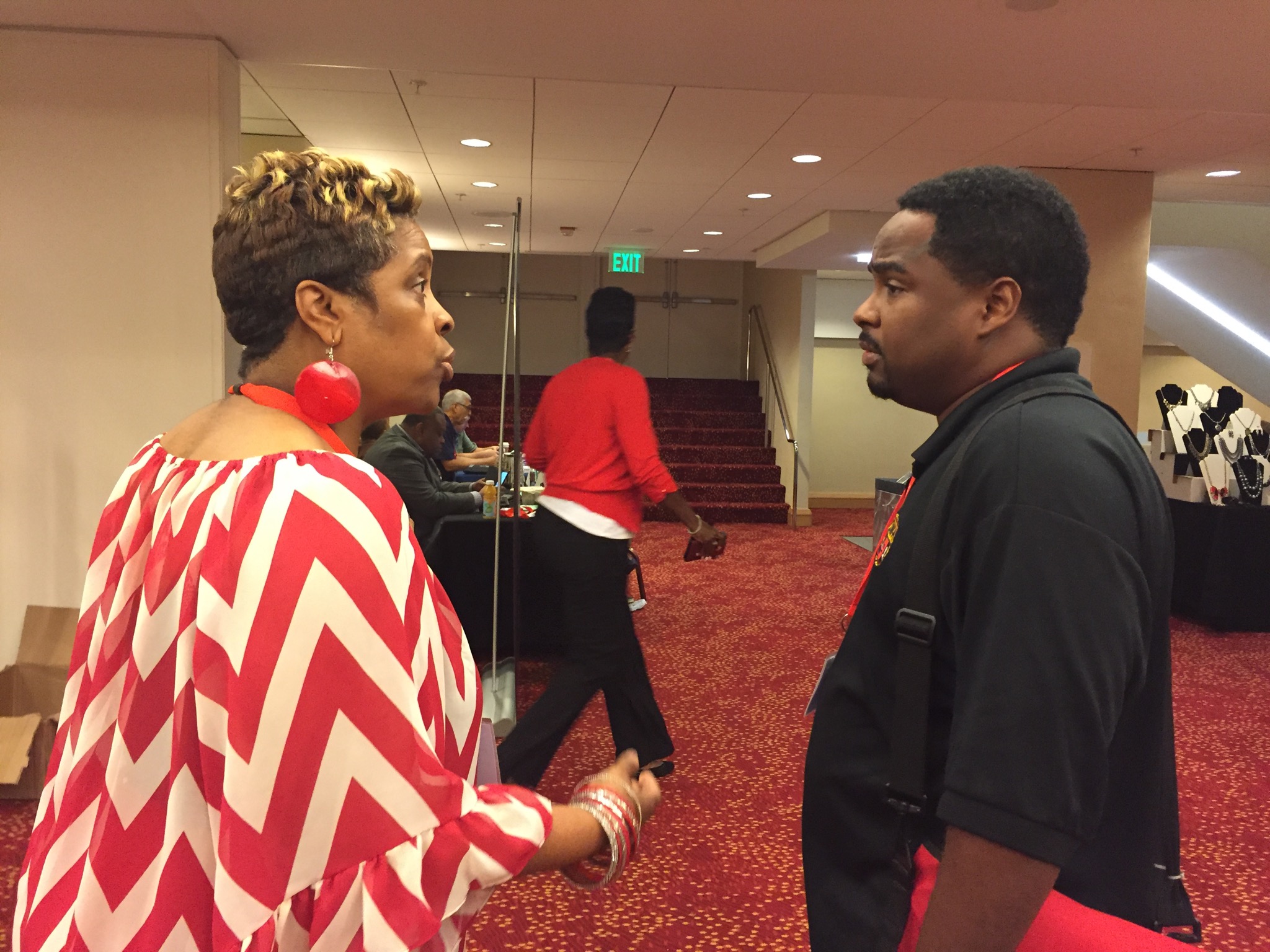 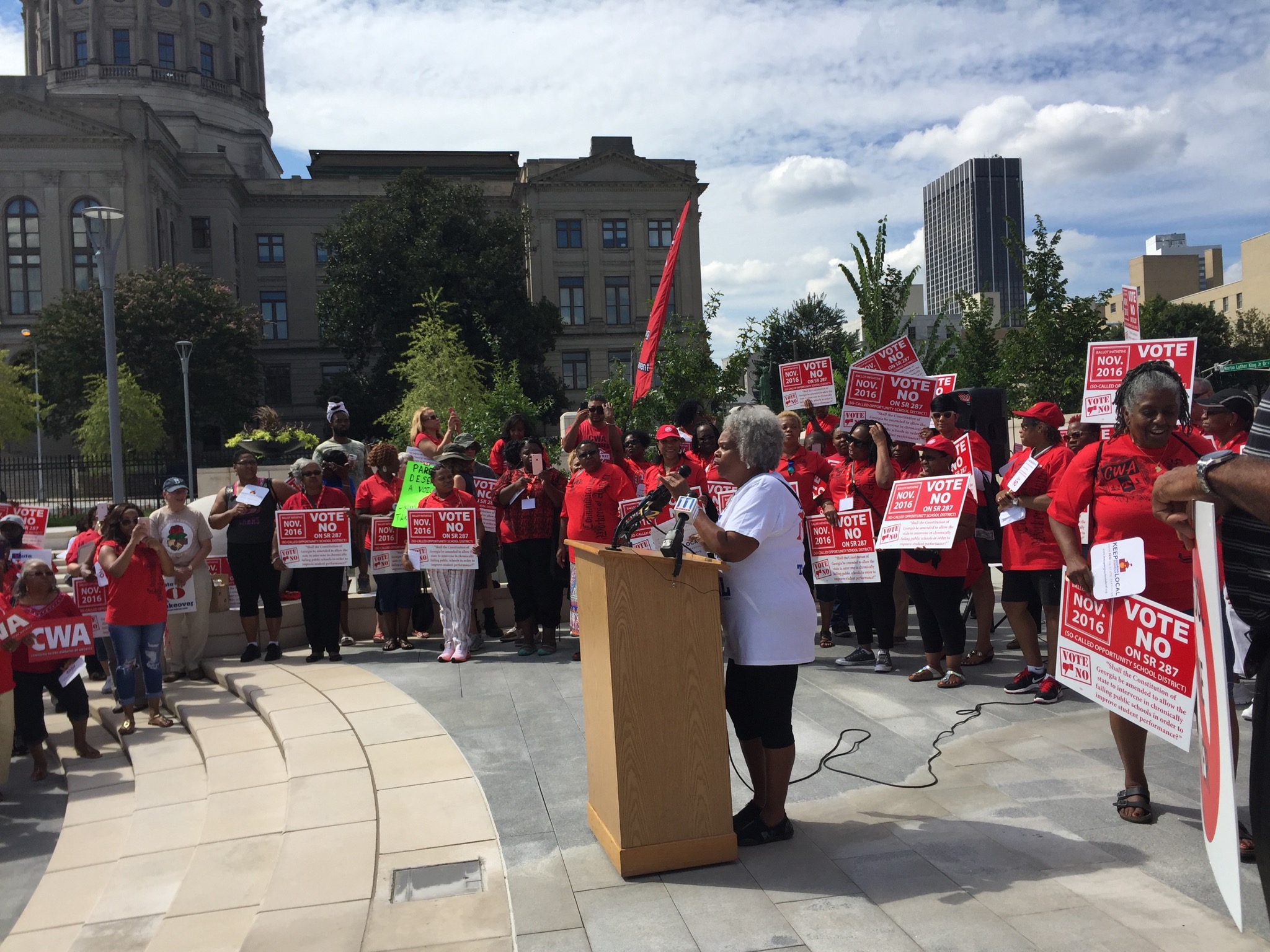 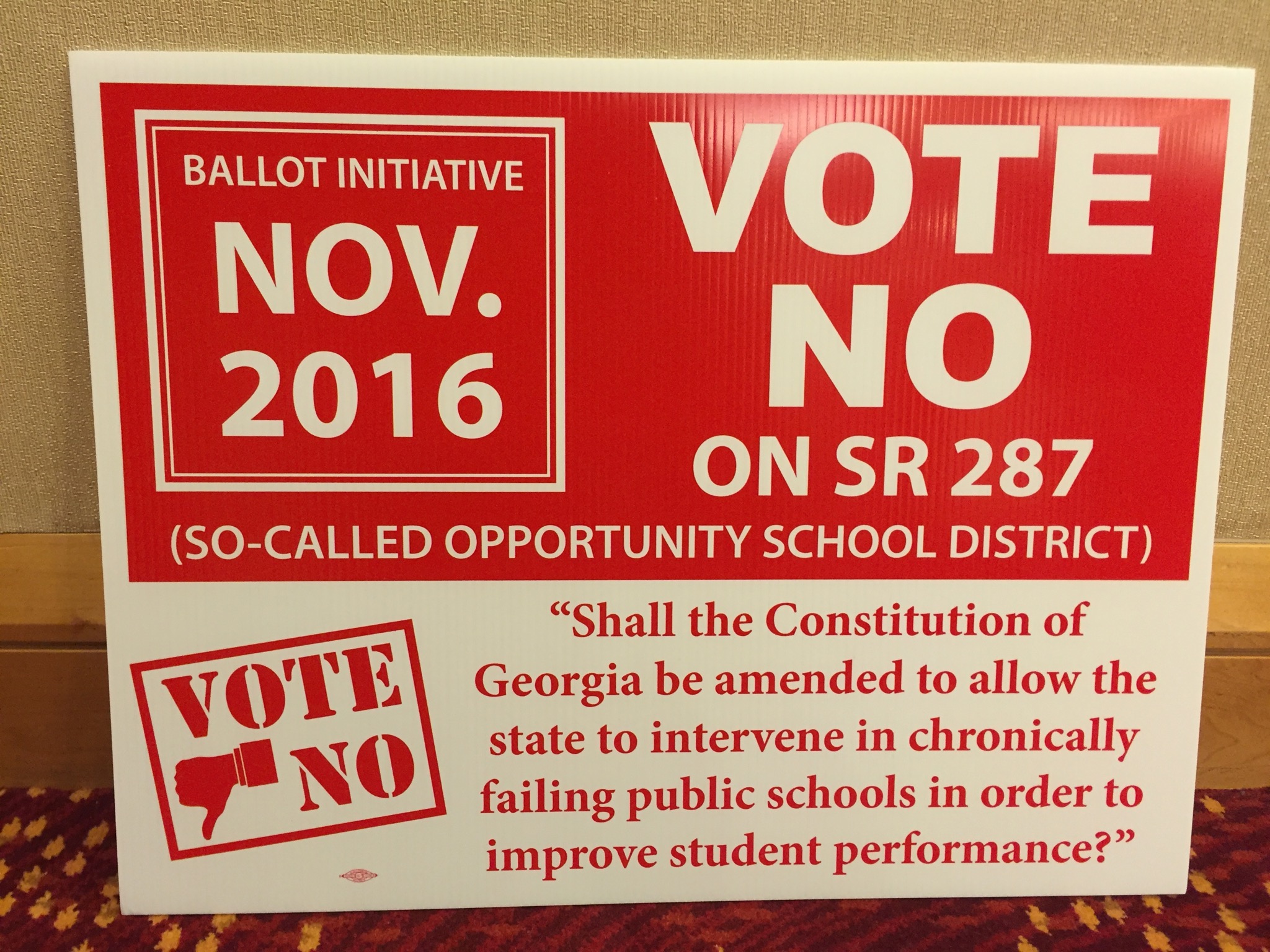 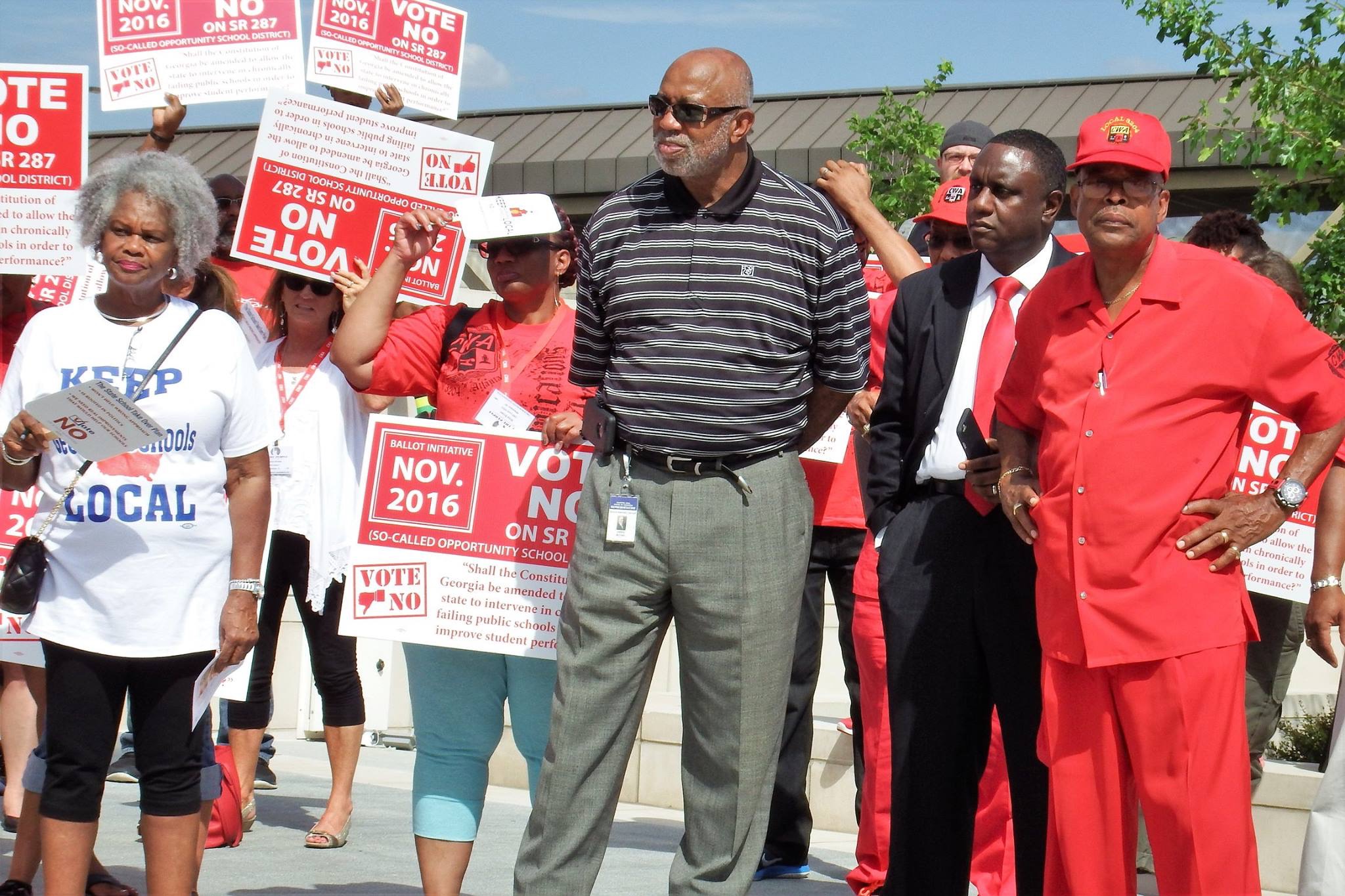 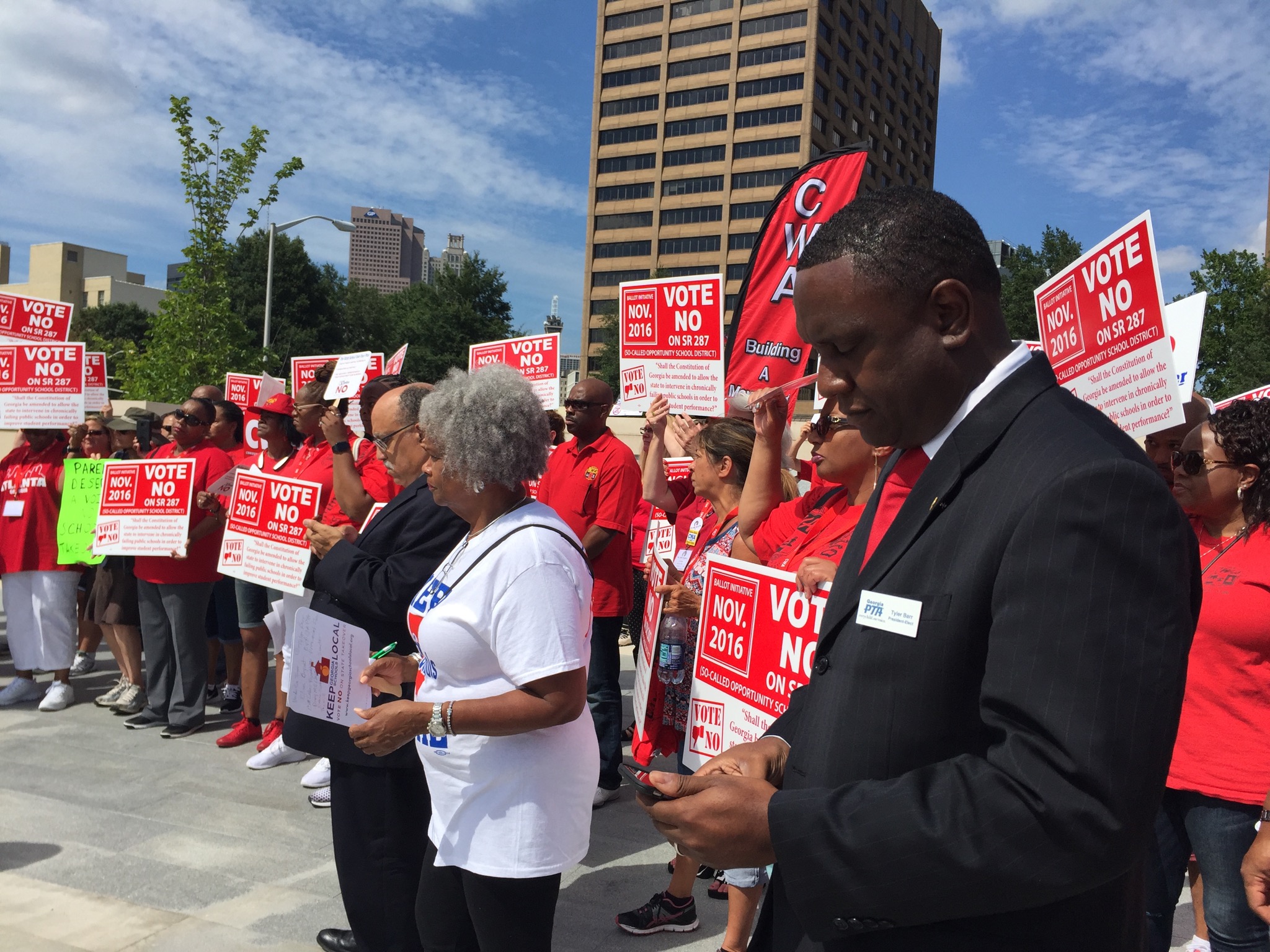 AT&T Mobility workers across the country voted to ratify a new contract covering health care and other benefits for 42,000 workers.

CWA District 1 Vice President Dennis Trainor said, “Our main goal was to put health care benefits bargaining back in the regional bargaining agreement process and to make health care affordable for all Mobility workers. This new contract reduces healthcare costs and will improve the standard of living for our members.”

There are four separately negotiated Mobility contracts that now cover compensation and working conditions. An earlier agreement was voted down by the members last month, and continued negotiations resulted in the proposal that went to the membership for a ratification vote.

Among the highlights of the new agreement:

The newsroom staff of the Sarasota Herald-Tribune voted 23-16 Thursday to unionize and introduce democracy into the workplace at the Pulitzer Prize-winning newspaper amid staff reductions and other cost-cutting by the paper’s owner, GateHouse Media.

“We are ready to have a voice and a place at the table where decisions affecting our staff and our service to the community are made,” said Elizabeth Johnson, an investigative reporter who joined the paper in April 2012. “We’re looking forward to exerting that voice through a fair contract.”

The Herald-Tribune becomes the second newspaper newsroom in Florida to organize in recent memory and follows the staff of The Lakeland Ledger, another GateHouse paper, which voted 22-3 on Aug. 11 to join the Guild.

The Sarasota election, supervised by the Tampa office of the National Labor Relations Board, was preceded by a bitter anti-union campaign waged by GateHouse through numerous one-on-one, small-group and all-staff meetings that workers with the paper’s publisher and editor.

During the anti-union campaign, alleged threats to journalists’ careers and acts of intimidation took place – all prohibited under federal labor law – which prompted the NewsGuild to file an “unfair labor practice” complaint with the Tampa NLRB office one week ago. That complaint now will be investigated for possible charges in front of the board.

The Sarasota newsroom's unionizing campaign comes after the loss of at least 16 employees through layoffs and other downsizing by GateHouse since the company acquired the paper in January 2015.

Many members of the Sarasota staff have gone without raises for almost nine years. Before being acquired by GateHouse, the Herald-Tribune was owned by The New York Times Co. and then by Halifax Media.

A mission statement drafted by supporters of the unionizing effort says reporters, photographers, copy editors, mid-level managers and other staff in the newsroom “give our community a voice, and we deserve one, too. Journalism is honorable and worth fighting for. If we cannot stand up for ourselves, we certainly cannot stand up for anyone else. A good contract will let us do just that."

On September 10th 2016 , The AFL-CIO scheduled a Saturday morning rally in Charlotte for their Labor 2016 electoral program, followed by a four-hour door-to-door canvass designed to promote candidates they consider allies. This was  one of the largest canvases in the country with a joint effort lead by CWA, Working America, UAW, IBEW, AFGE, and USW in an 8 week race to help candidates from the top of the ticket down that back pro–worker policies.

Pictured: CWA members from Local 3603 participating in the event 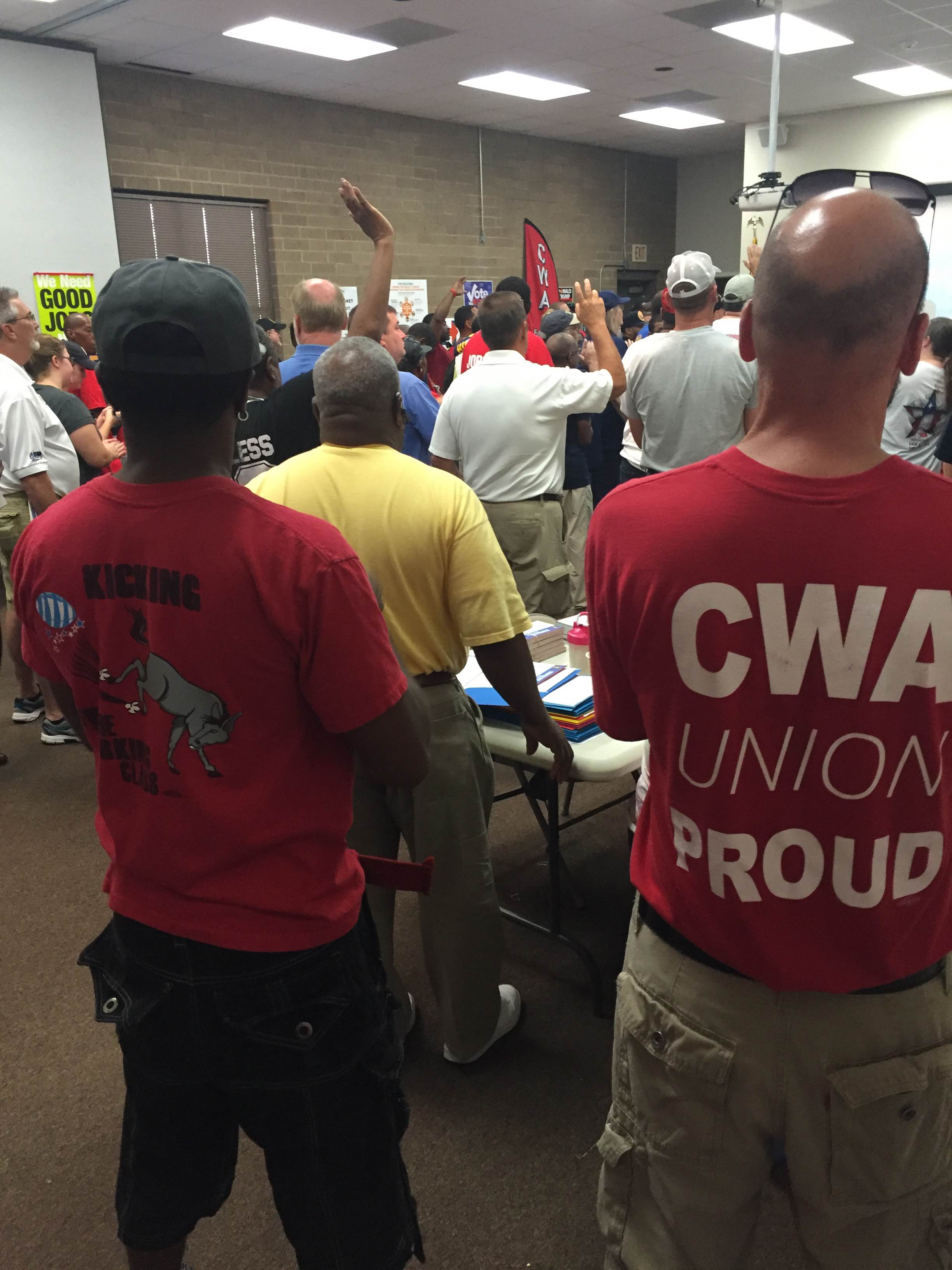 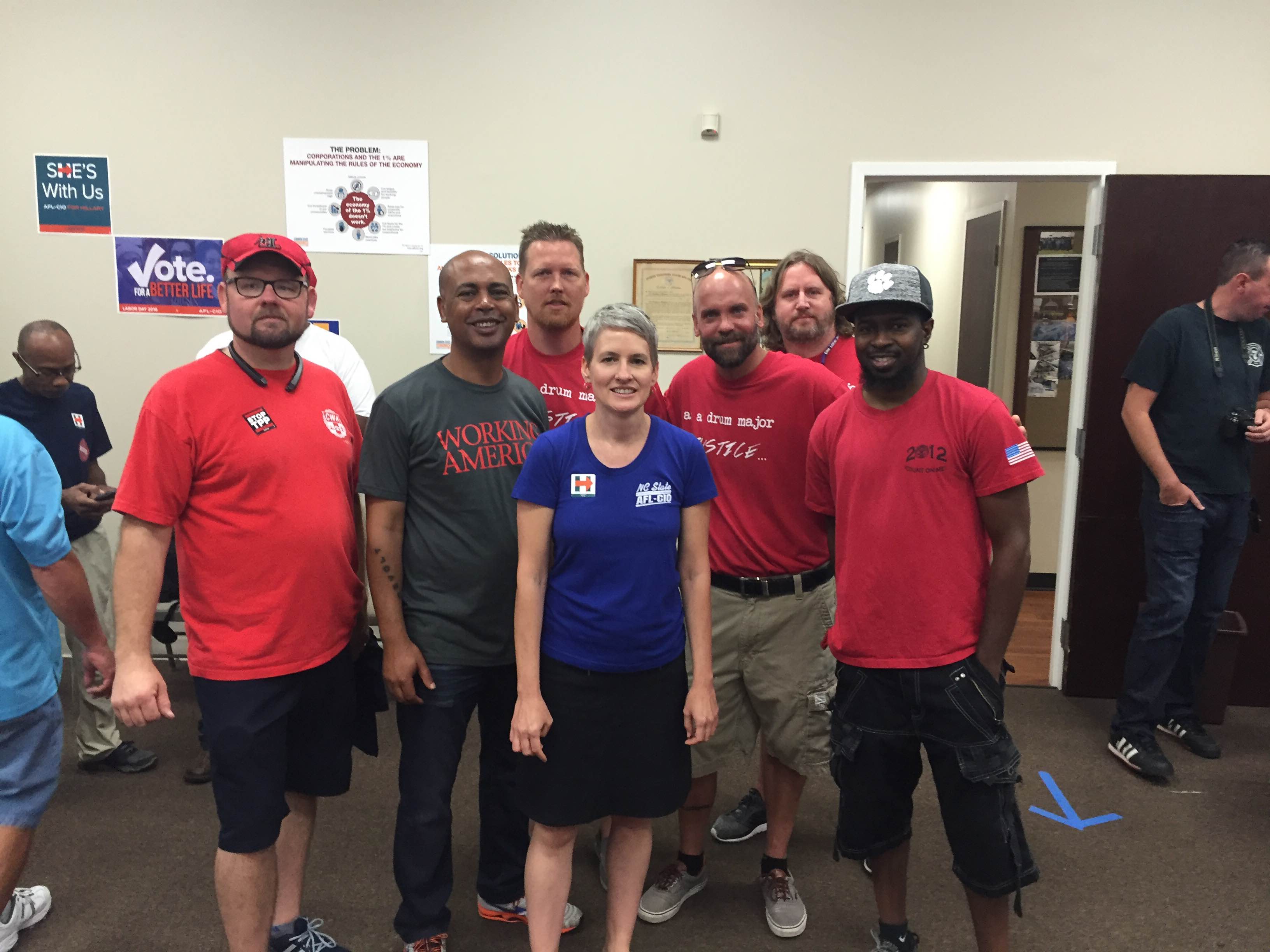