Welcome to the 3rd edition of the CWA District 3 Newsletter. The goal of this newsletter is to provide a way for news to be shared around our District with each other. Our District is comprised of members who work in a wide variety of fields and this newsletter will offer a glimpse into what others are facing and allow each of us a chance to better understand what our Brothers and Sisters are going through and to realize that we are not alone in our fight. We hope you enjoy.

This year’s Human Rights Conference will be held in Atlanta, Georgia August 22-24th 2016.  The conference will feature speakers who will empower and educate our membership on democracy issues, women’s issues and social justice issues. Workshops will range from topics such as voter suppression to human trafficking. Please consider attending and encourage your membership to as well. This conference will be thought provoking and extremely informative! Please click on the link below to register and find more information.

I look forward to seeing you at the conference! 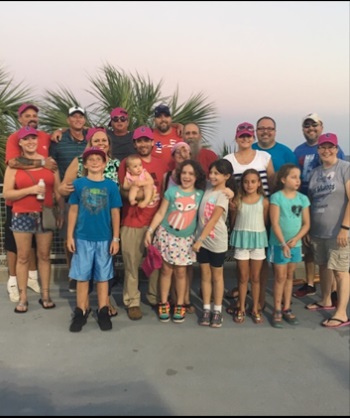 Today is my last day on the job and I wanted to take a few minutes to express my gratitude for everything CWA has done for me over the years.

25 years ago I became a member of CWA local 3204 and an employee of BellSouth Advertising and Publishing. Over the last 25 years my pay has consistently increased and it has always been well above average income levels in my field of work. I’ve had the best insurance at affordable prices (some years free) and I leave with 6 months additional insurance and almost 2 years severance pay. I have a pension already in the bank in-addition-to my 401k and although I still have to work, retirement with some measure of comfort should be available when the time arrives.

I’m sure you will agree, and I have no illusions to the fact that none of the above would be available had CWA not represented me over the yearS. Working for a company that is unionized has made all the difference in the world and allowed me an opportunity to not just work but thrive.

Thank you and the membership for always going above and beyond!

CWA Local 3204 is proud to announce in addition to our Annual Golf Tournament, we’re having a Car & Bike Show on July 23, 2016 with proceeds benefiting the Pediatric AIDS Foundation. There are limited entry spaces available. Call 404 688-1256 for more info about the Golf Tournament or Car & Bike show.

Local 3204 has suffered the loss of many of our members by way of surpluses in 2016. Our Partnership Field Rep is working extra hard to put together classes that our members find to be beneficial whether on payroll or in the event they leave payroll. We encourage all members to contact your partnership field reps and inquire about classes. 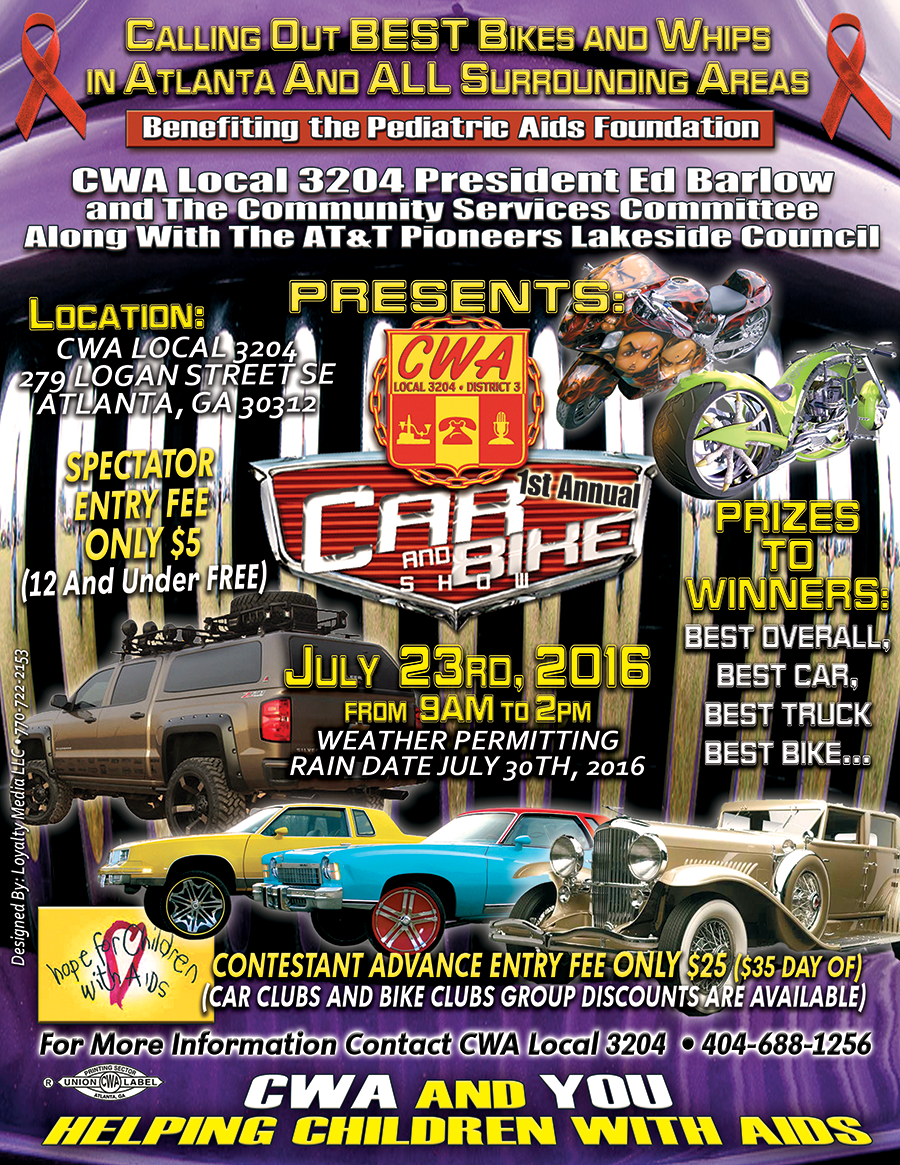 Maintenance Administrators and Customer Service Assistants located @ 4600 S Second St in Louisville, KY had a blast on Red Nose Day May 26, 2016.  Over $200 dollars in donations was raised and contributed to support this fantastic cause.
Matthew Embry
President,  CWA Local 3310 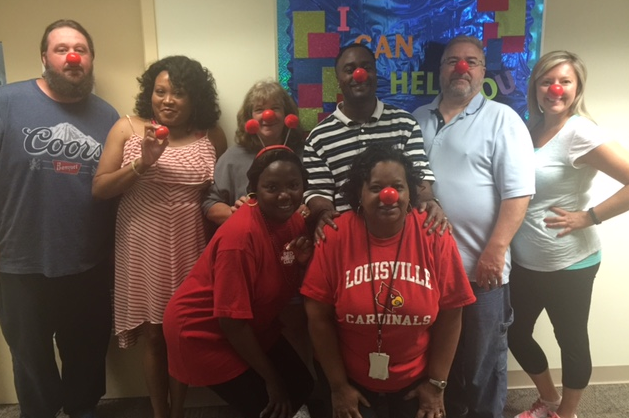 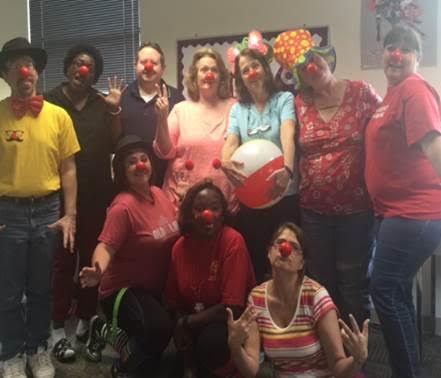 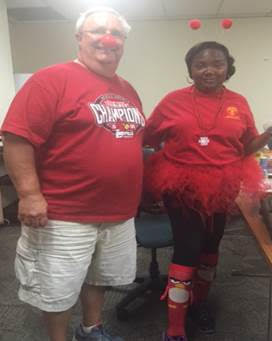 North Carolina has gotten a jumpstart on the 2016 political season. Following the success of two Political Boot Camps in May, North Carolina activists have been on a hot streak collecting new Political Action Fund revenue.

The boot camp is two days of interactive learning that brings consciousness to the political environment that labor unions face today. Topics covered include an in depth look at the Trans-Pacific Partnership trade agreement, getting money out of politics, the 40 year class warfare, voting rights as well as state specific issues. Students then are empowered to have one-on-one conversations with fellow members and how to establish a Legislative-Political Action Team structure.

Thanks to the support of local presidents, national and district leadership, our North Carolina team has not only met the entire PAF (Political Action Fund) revenue goal for 2016, but has exceeded it by 181%. Our team continues to visit tech yards, call centers, airport worksites as well as holding PAF drives at bowling events and cookouts.

Because of the success our LPAT team has had in North Carolina, we can focus on building up volunteerism as well as making sure we place elected officials in office that will have the working class as their top priority. 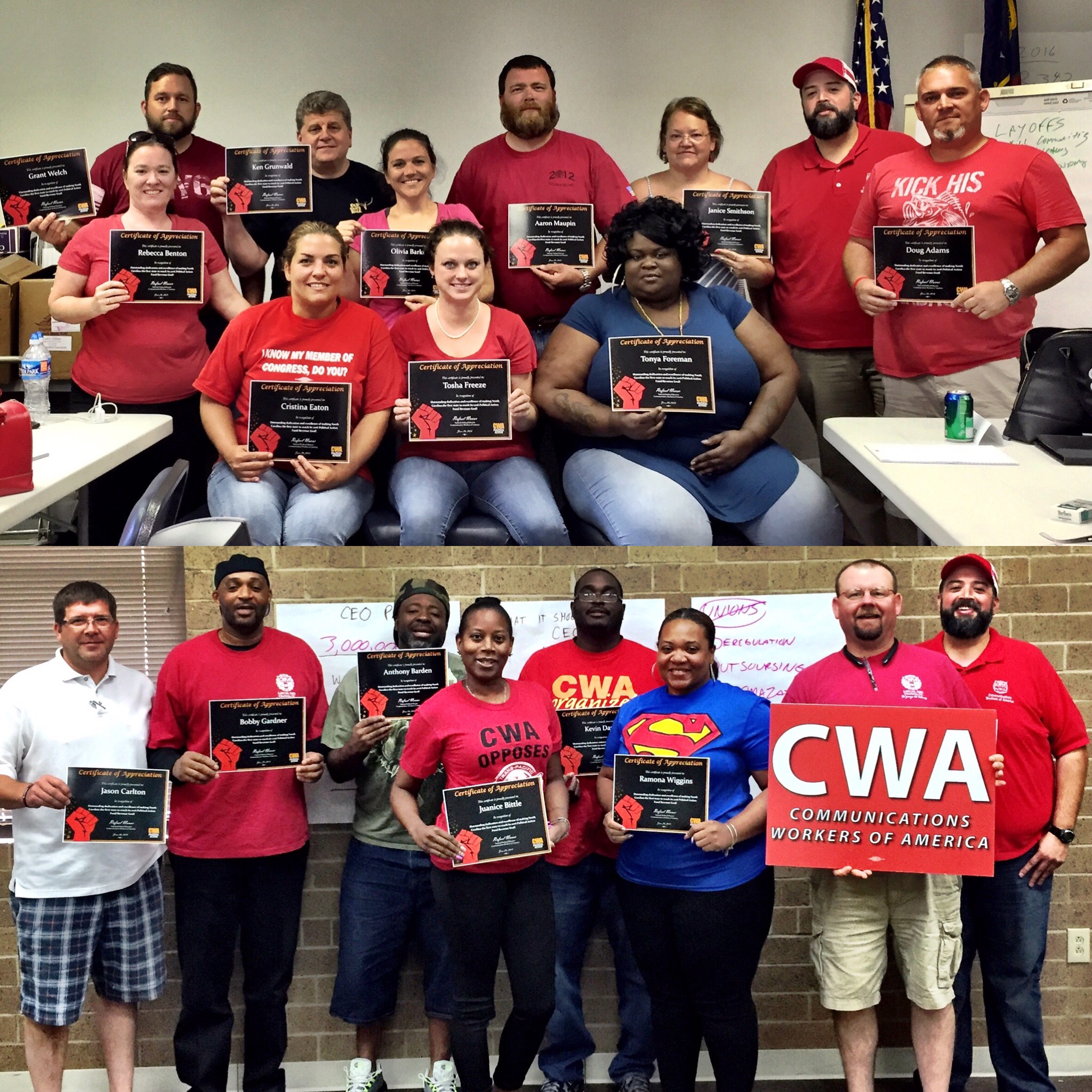 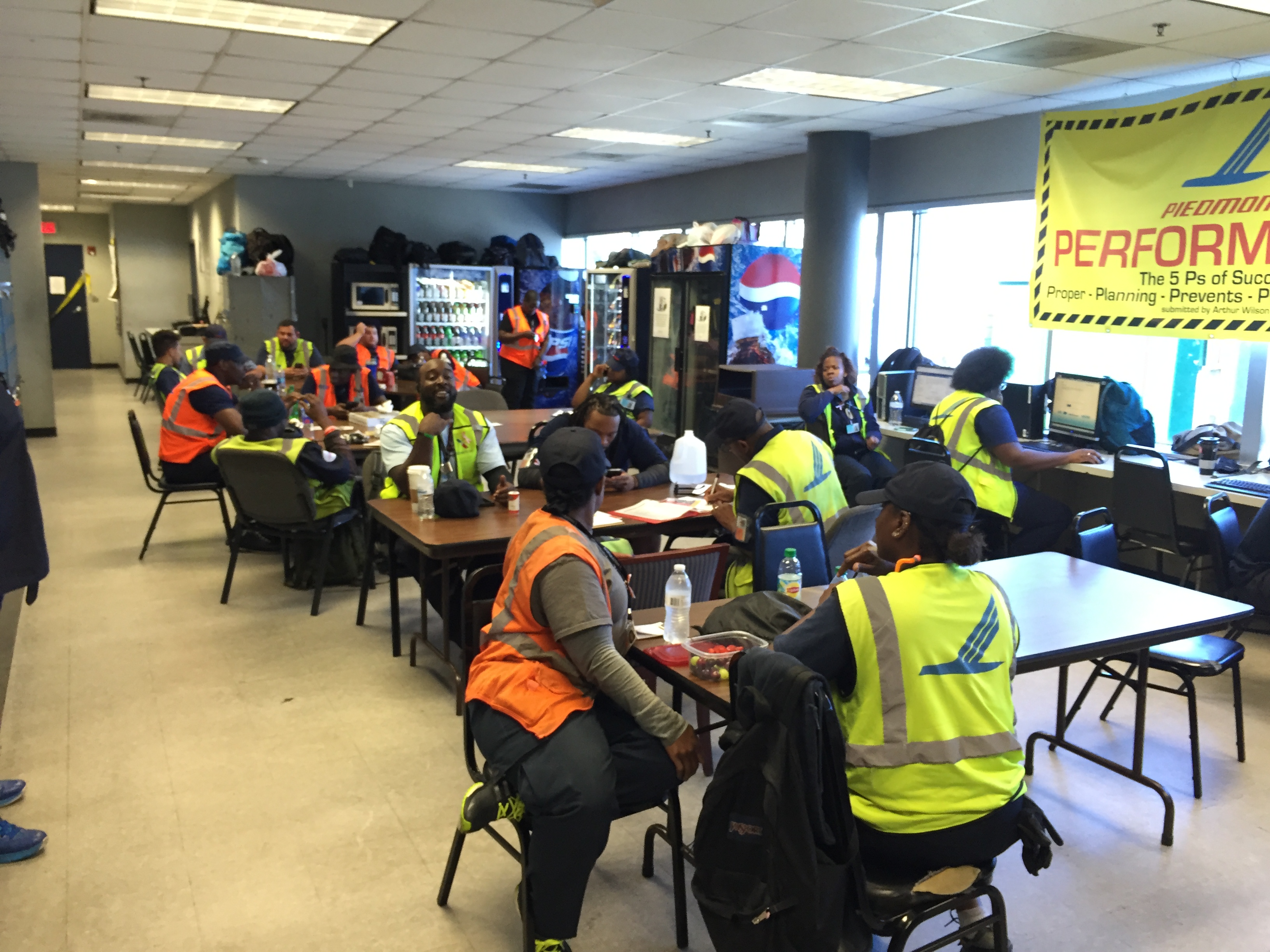 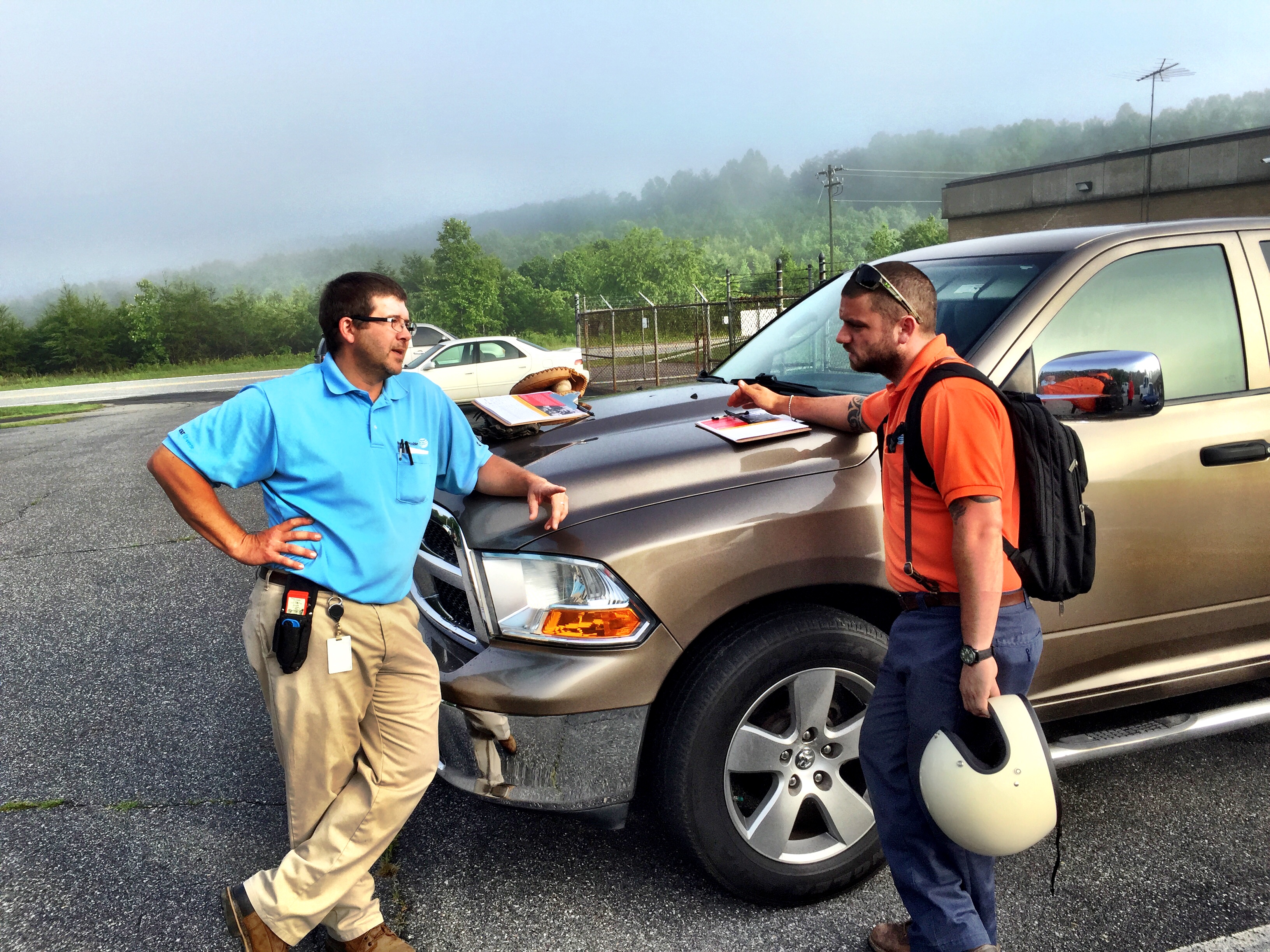 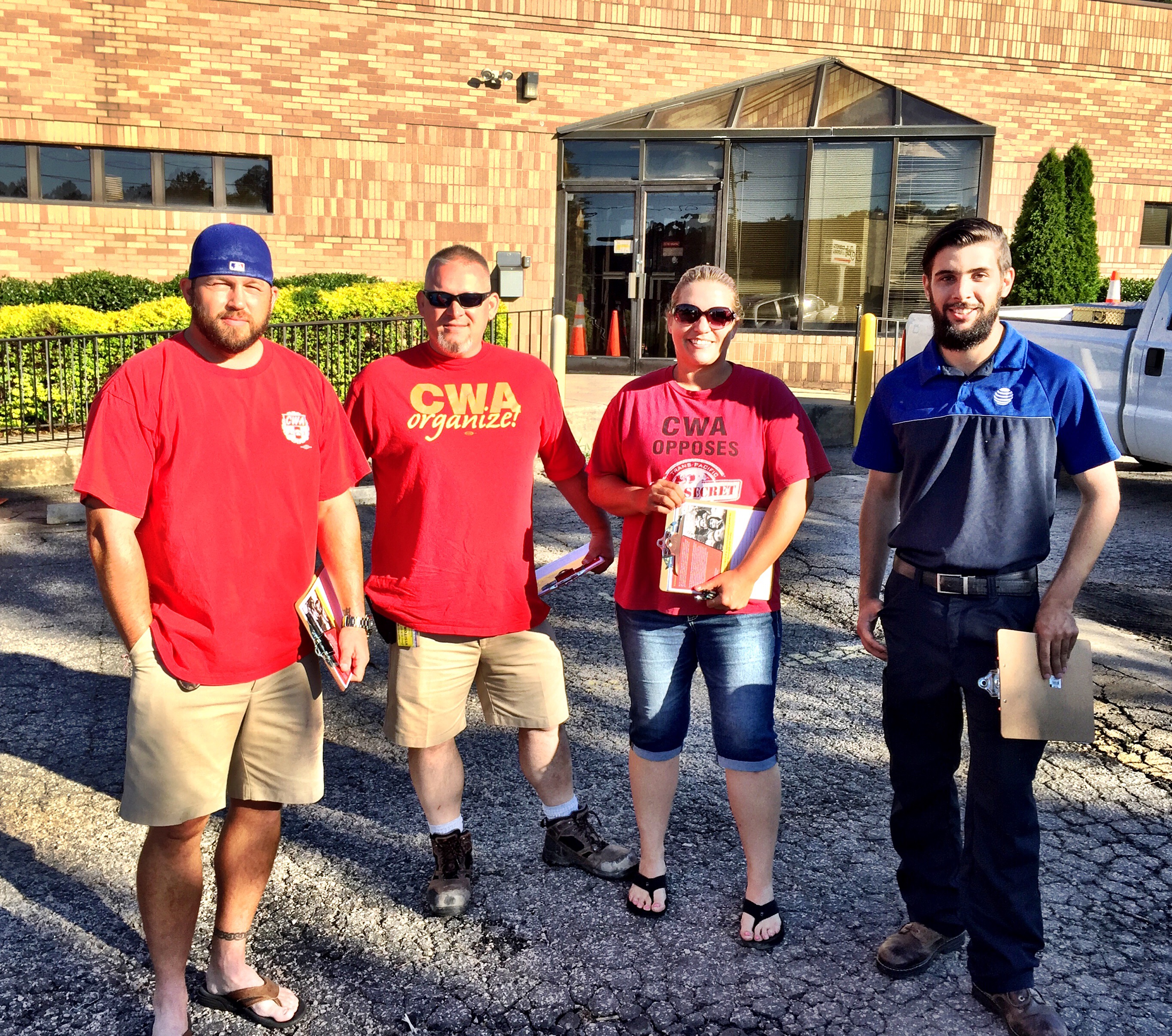 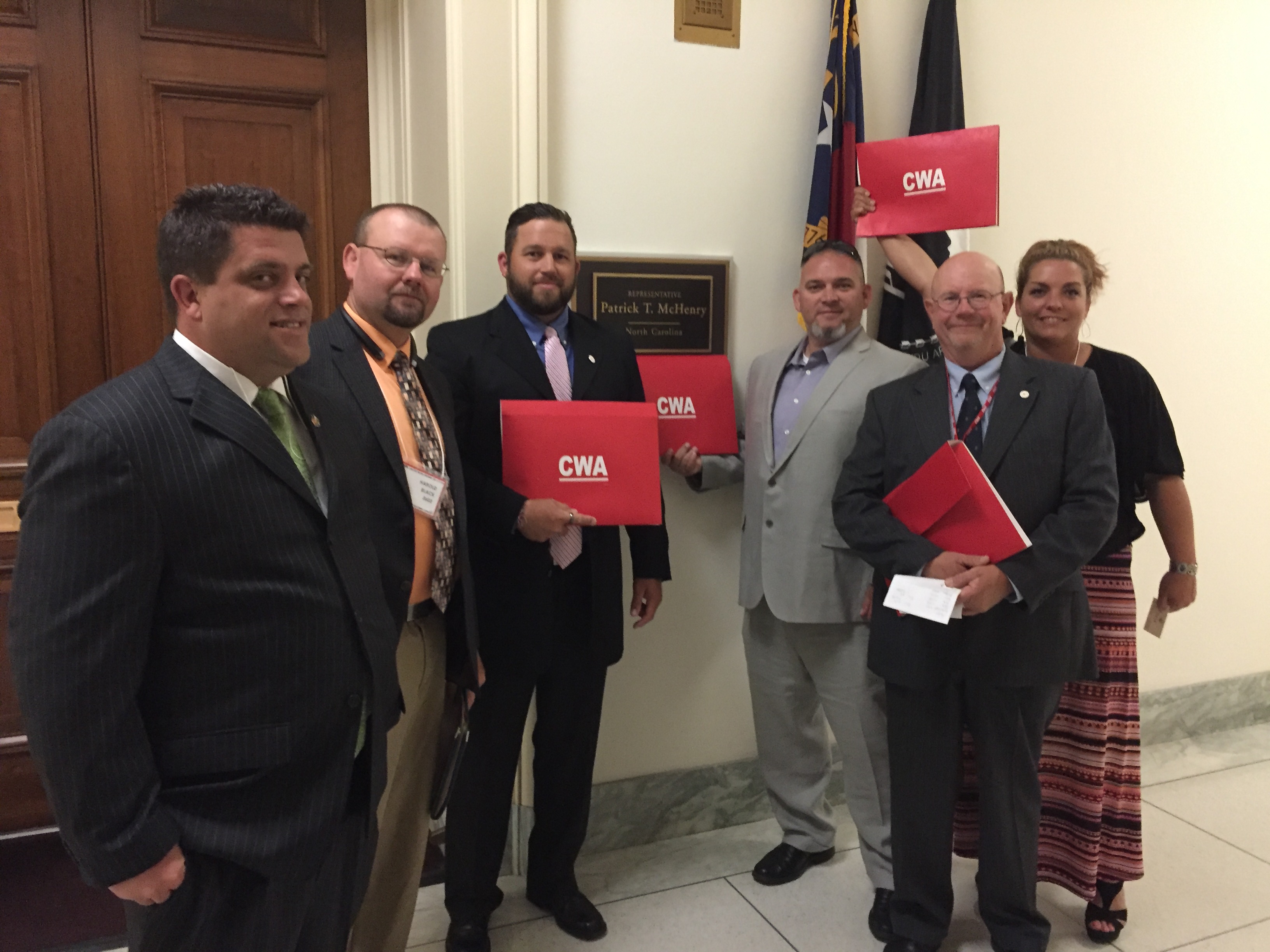 Since August 2015, United Campus Workers-CWA Local 3865 in Tennessee has been waging a major fight to protect 10,000 state jobs at risk of being contracted out by TN Governor Bill Haslam. On June 25 and 26, I joined with other Local 3865 facilities services member leaders and staff from across the state for a planning retreat held at Montgomery Bell State Park to work on our campaign #TNisNotForSale. It was a great chance to talk with each other about the actions we have taken, our successes and struggles, and most importantly what UCW's next steps and actions should be to win this fight!

Our morning session on Saturday focused on the importance of understanding our values, and how to identify the values of our allies and as well as enemies to understand their motivation. We learned that we need to continue to build alliances with similar progressive groups affected by this privatization. We also discussed how to bring our coworkers, friends & family, and other social justice organizations into this campaign, by engaging those who haven’t yet been asked to. And lastly was a discussion of how to counteract those individuals & groups who favor the outsourcing by isolating them.

Our afternoon session covered what tactics we have done in the past that were successful as well as learning lessons from our efforts that we not successful, discussing what tactics that we have not tried yet and how to be innovative in the future. We closed with a brainstorming session of what actions and plans we are willing to take, what and who it will take for us to win this campaign. Several actions were tentatively planned to coincide with the specific events on the outsourcing timeline.

We adjourned the next morning to focus on how to communicate our message. Movement building partners with the Fight for $15 led a session on talking to the media, telling our personal stories, and public speaking using the tools and experiences from their campaign. We discussed both the problems and solutions, key talking points, the fine points of effectively communicating with both media reporters and to our broader communities.

We then spent the afternoon on an organizing training, practicing these skills in small groups and one-on-one role plays to better organize our other co-workers in facilities maintenance.

We wrapped up the retreat with moving forward on our actions for the late summer and fall, and established the Facilities Services committee as a group that would serve as an Organizing Committee within the local for future actions & events.

Georgia Turner, EVP Local 3871 submitted the following article and photo - I wanted to submit this photo to you and let you know that the lady 4th in the line is Chani Lewis. She has a close friend who is the daughter of one of our Managers at the Johnson City Call Center. We were not able to get her to sign to be a member in the New Hire class. However, with the knowledge that Chani Lewis gained from this class, she was able to get this non member to sign.   Our new member signed less than 2 days after this class was held. I can testify that these classes give our members the information and knowledge they need to sign up new members. Thank you! 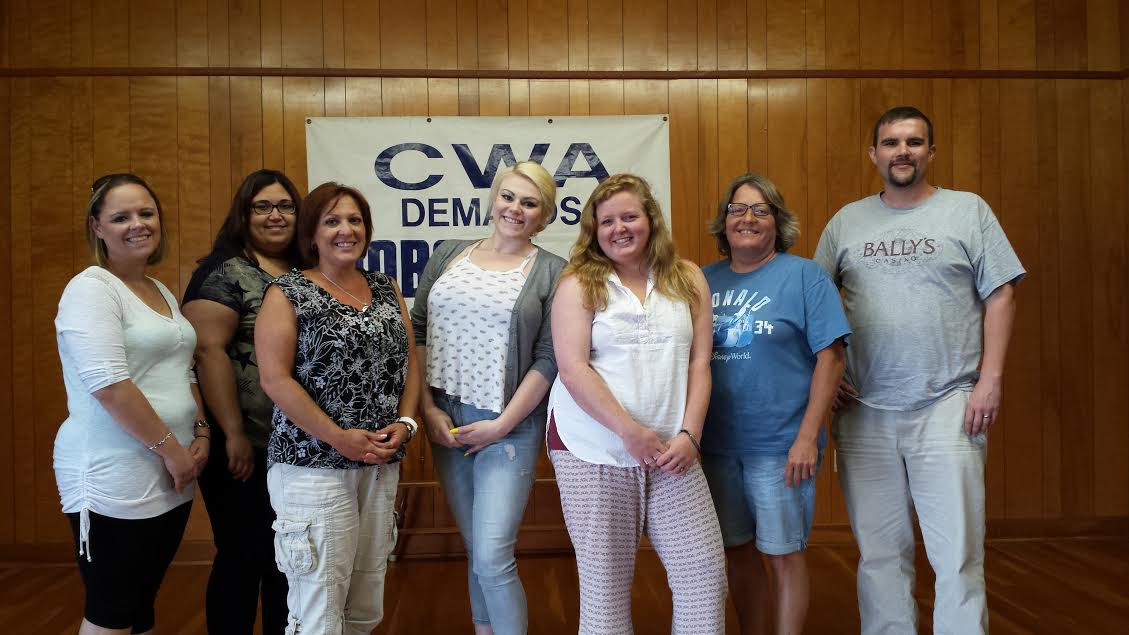 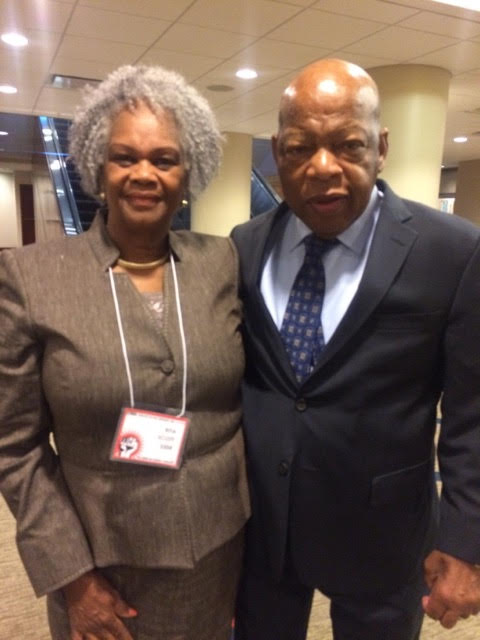 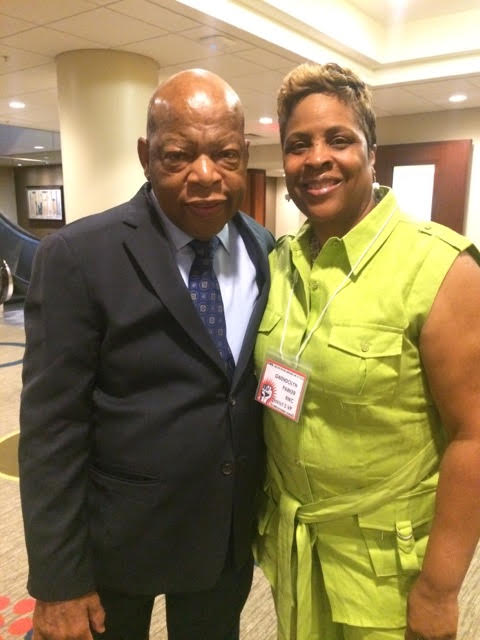 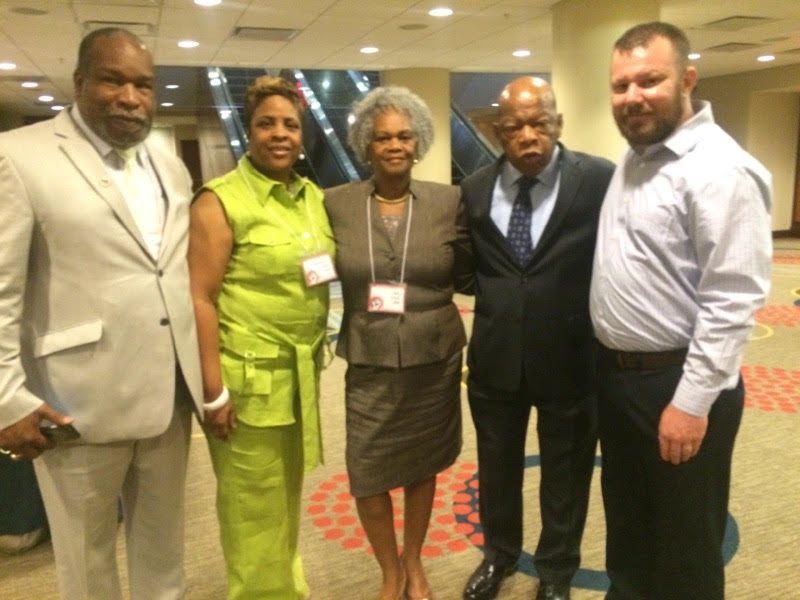